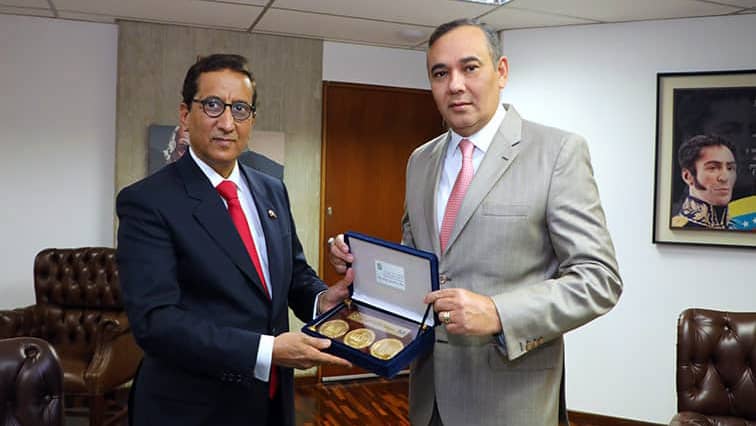 The president of the Supreme Court of Justice (TSJ), magistrate Maikel Moreno, held a meeting with the ambassador of the State of Qatar in Venezuela, Rashid Mohsin Al Fetais, in order to continue strengthening relations in the judicial field with the country of the Middle East.

During the meeting, the highest authority of the Venezuelan Judiciary assured Ambassador Rashid Mohsin Al Fetais that the TSJ has open doors to Qatar, within the scope of its legal powers, and both expressed that these ties of brotherhood are strengthen between the two nations.

He also reiterated that, from the Supreme Court of Justice, the Judiciary will continue the hard work of contributing to the preservation and defense of both democratic institutions and national peace, in faithful compliance with the provisions of the Constitution of the Bolivarian Republic of Venezuela.

In this context, the Ambassador of the State of Qatar invited Judge Moreno to a judicial forum to be held in his country as an excellent meeting scenario in this area, as well as a magnificent opportunity to explain to the world the truth about the reality of Venezuela .

Finally, the President of the TSJ thanked the presence of the Qatari diplomat on behalf of the magistrates that make up the country’s high court, as well as the judicial servants.