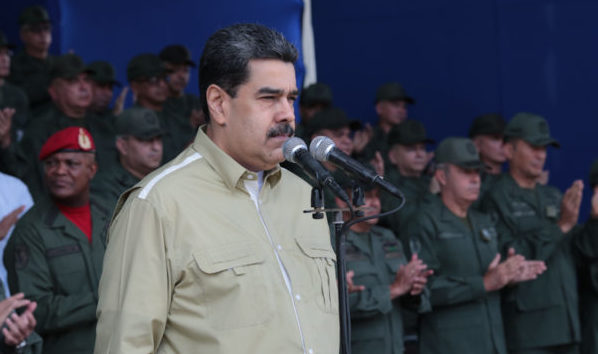 The President of the Republic and Commander-in-Chief of the Bolivarian National Armed Forces (FANB), Nicolás Maduro, ordered the immediate decoration of the military who faced the terrorist attack perpetrated on December 22 at 513 Selva Mariano Montilla Infantry Battalion, in the Bolívar state and neutralized the actions promoted by the extreme right.

“I congratulate the soldiers of the Bolivar state, in the south of the country, who came out in immediate persecution, captured 11 terrorist attackers and recovered almost all stolen military equipment. I congratulate you from here and everyone should be promoted immediately, by order of the Commander in Chief, and put a decoration and a positive note on their file”, said the President during the end of the year salutation ceremony to the Bolivarian National Armed Forces and to the town, from Fuerte Tiuna.

The Head of State denounced these planned actions for political factors that use violence as a political method to seize power in Venezuela. In that context, he pointed out the complicity of the governments of Colombia, Brazil and Peru for planning the attack on this international escalation.

This terrorist attack resulted in the death of an army troop, while the detainees provided information of interest in the case. Those involved were trained in fully identified paramilitary camps in Colombia.