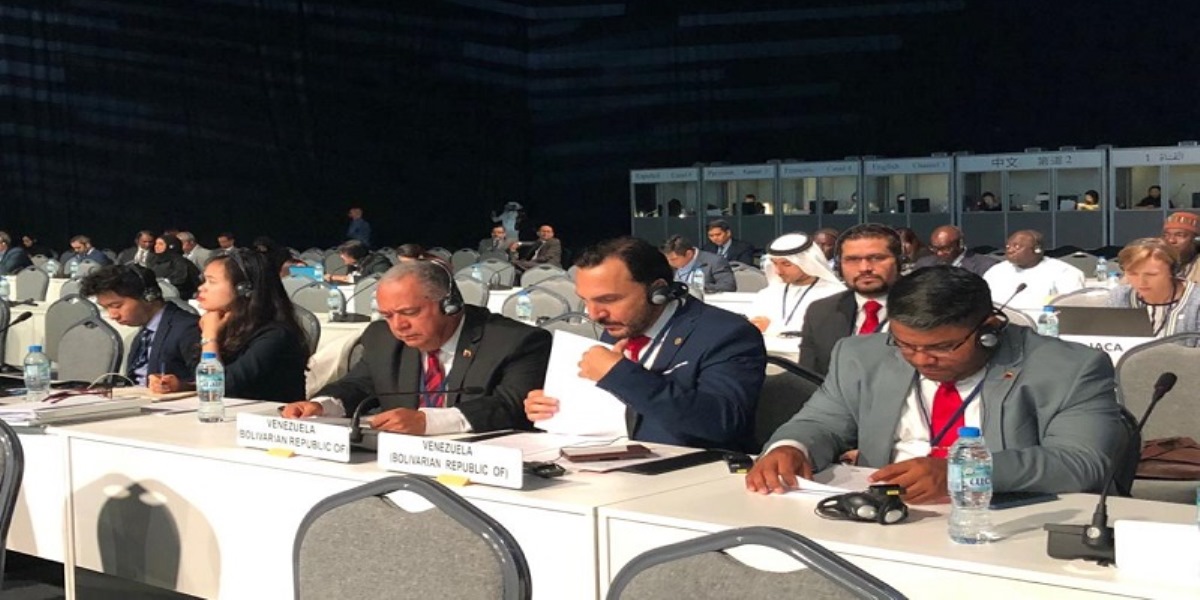 The Comptroller General of the Bolivarian Republic of Venezuela, Elvis Amoroso, participated on Thursday at the VIII United Nations Convention against Corruption held in Abu Dhabi, United Arab Emirates, from December 16 to 20, where he addressed Asset Recovery and International Cooperation and raised the need for that agency to take the necessary actions to prevent them from continuing to apply negative operations against independent and democratic nations in the world.

During his speech, the head of the Venezuelan Fiscal Control requested to create a commission to return the assets stolen by the United States, Colombia and their international political allies to the people.

He recalled during his speech that the governments of the United States and Colombia have appropriated assets of Venezuela illegally, violating any international norm, as happened with the Venezuelan petrochemical company Monómeros, located in the New Granada country, and the company Citgo, located in the USA.

Amoroso insisted that it is essential to establish mechanisms that prevent what they do against the Venezuelan people from becoming a generalized action against the other countries that are part of the UN.

He also urged the representatives of the UN to categorically reject the political actions that have been implemented by the representatives of those countries and their political allies in the world against the Bolivarian Republic, and that in this way the assets of the free, sovereign nations and independents do not continue to be handed over to their relatives and friends, because this represents an unprecedented act of corruption in international geopolitics.

The Comptroller General of Venezuela also denounced the theft of Venezuelan gold in England and the money found in the banks of Portugal, who do not want to return them while being “assets of all Venezuelans”. He also denounced how Juan Guaidó continues to use a gang of criminals to appoint directors of these Venezuelan companies and thus appropriate them and become a billionaire.

Finally, he extended the invitation to the President of the General Audit of the United Arab Emirates, Harib Saeed Al Amimi, to visit Venezuela to verify the situation in the country.

Amoroso was accompanied by the ambassador of Venezuela in Abu Dhabi, Samir Al Attrach; the comptroller auditor of PDVSA, Didalco Alejandro Bolívar Rivas, and the director of the office of the Comptroller General of the Bolivarian Republic of Venezuela.