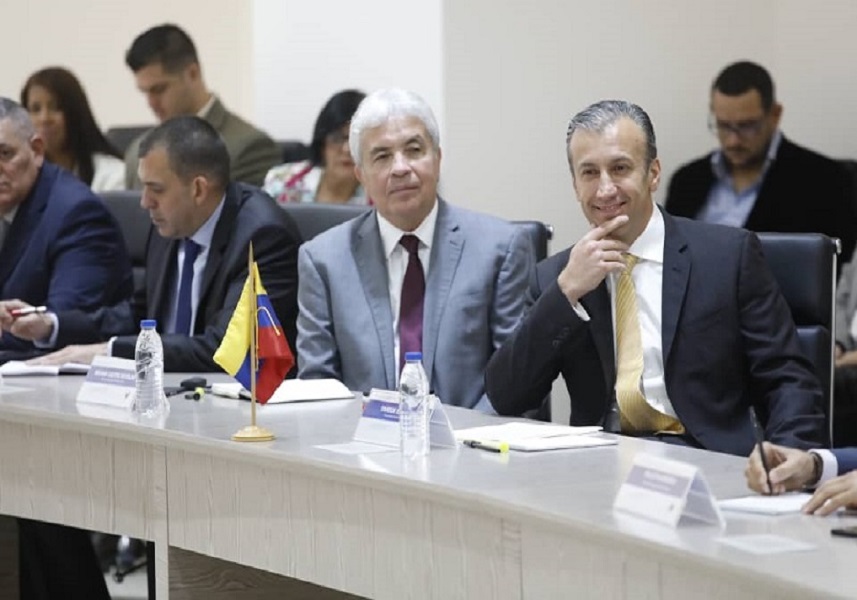 The meeting was chaired by the Sectorial Vice-president of the Economic Area and People’s Power Minister for Industries and National Production, Tareck El Aissami, and by Jesse Chacón, Ambassador of Venezuela in Austria, indicates a press release from the Executive Vice-presidency of Venezuela.

In the meeting, which takes place as part of the Onudi – Venezuela Country Program, they show the progress of the implementation of Phase III of the project for the Promotion of the integral development of the seven agricultural value chains.

The Onudi-Venezuela Country Program has been deployed throughout the country and makes inquiries about problems, restrictions on production and has collected ideas to propose action plans that allow the enhancement of food production in Venezuela.

In that sense, the Onudi is providing methodologies for the diagnosis of industrial chains, a tool for cost analysis on production chains and monitoring mechanisms in the implementation of the plans.

After the delivery of the final documents of Phase II, both the Onudi team of Caracas and Vienna have initiated Phase III, which involves the confirmation of the Chain Committees, the use of the cost analysis tool and the signing of the Project 1 of Phase III, referring to the promotion of the integral development of the seven agricultural value chains.