Venezuela promotes research in SELA about the impact of coercive measures

At the installation of this meeting, the Vice-minister for Latin America of the People’s Power Ministry for Foreign Relations, Rander Peña, promoted the proposal to establish a working group to conduct a scientific investigation on the impact of unilateral coercive measures in the development of our peoples Likewise, Vice-minister Peña highlighted this proposal through his Twitter account, @RanderPena.

During his speech, the Vice-minister for Latin America stressed that SELA was born with a vocation to address the social and economic development problems of the region, which among its functions is to promote a system of consultation to arrange strategies appropriate to Latin America and the Caribbean, in economic matters and promoting cooperation and integration among member countries.

“Since its creation in 1975, through the Panama Convention, SELA emphasizes that its actions are based on the principle of equality, sovereignty and independence of States, solidarity and non-intervention in internal affairs, and respect for political, economic and social systems. Already then the climate of threats of an interventionist nature that today looms over the processes of regional integration was observed”, said the Venezuelan diplomat.

He also emphasized that President Nicolás Maduro, calls us today to meet the different currents of thought, calls us to avoid the contradictions that lead to disagreement in the process of building the unity of Our America. In addition, he calls to rescue the principle of unity in diversity. 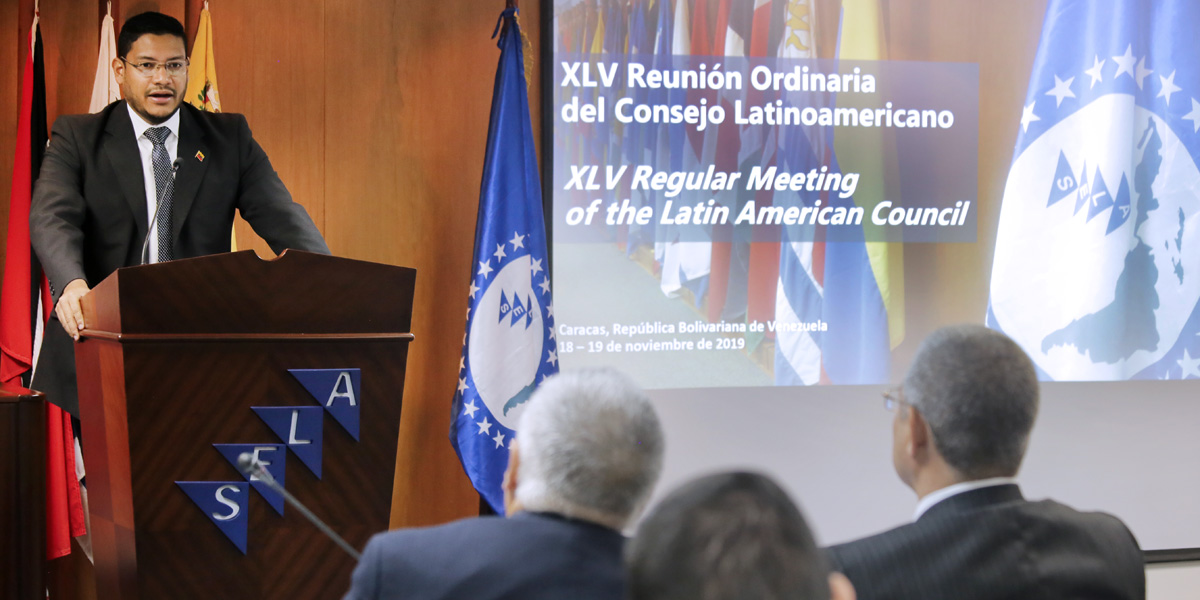