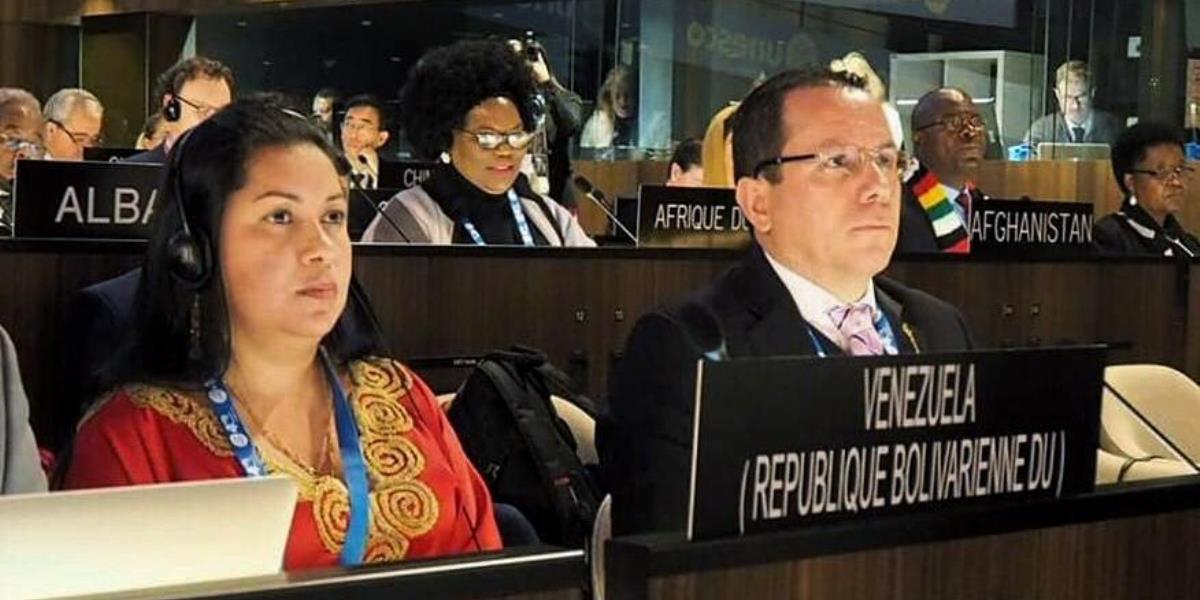 Venezuela reiterates that multilateralism is the way to address challenges

The Vice-minister of Venezuela, Alexander Yánez, ratified on Tuesday, in Paris, France, his country’s vision that multilateralism is the main way to face the challenges of the international community.

“That is one of our messages at the 40th session of the Unesco General Conference, an organization of which Venezuela is a founder”, he said.

According to the Vice-minister for Multilateral Issues of the Venezuelan Foreign Ministry, the forum that takes place from November 12 to 27 represents a space to promote cooperation and dialogue as alternatives to domination and the imposition of models.

“That is why we denounce in the democratic and participatory scenario that Unesco is, the unilateral coercive measures of the United States government against Venezuela and other countries”, he warned.

Yánez insisted that Washington’s position hinders progress in education, science and culture, the areas of competence of the UN specialized organization.

“The supremacist and unilateral tendencies are affecting the world, hence the urgency of strengthening multilateralism and cooperation, with which Venezuela reiterates its commitment”, he said.

The diplomat highlighted the delivery of the presidency to Azerbaijan of the Non-Aligned Movement (NAM), Unesco chapter.

“In the transfer ceremony, our People’s Power Minister for Indigenous Peoples, Aloha Núñez, made clear the positions of Venezuela in favor of peace and multilateralism”, he recalled.