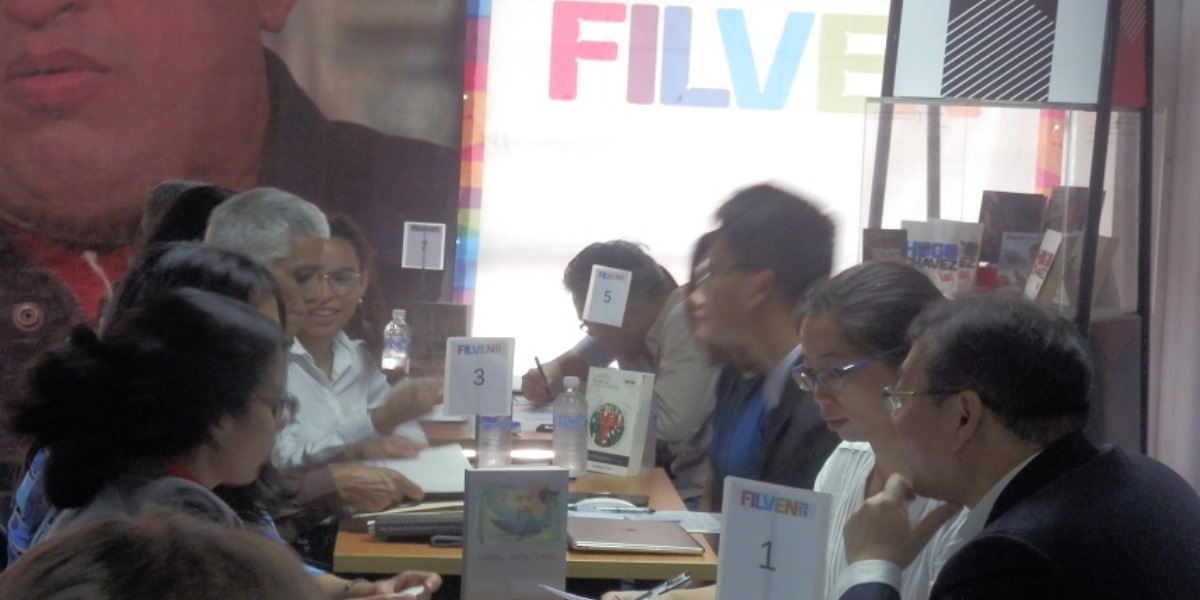 Business Meeting Countries of Alba – China is held at Filven 2019

This Sunday, the Alba-China Publishers Business Meeting was held regarding the participation of the Asian nation as a guest of honor at the International Book Fair of Venezuela (Filven 2019).

The Vice-minister of Development for Cultural Economics and President of the National Book Center (Cenal), Raúl Cazal, reported that the meeting was attended by 25 Latin American publishers, especially Venezuelans, and 8 from China.

“It is a wide and unprecedented business round since it is the first one that takes place within Filven; for Venezuela it is an opportunity to know Chinese literature in all its variety and, in turn, China will have access to Latin American literature, specifically Venezuelan literature”, explained Cazal.

Vice-minister Cazal said that this business meeting, held at the People’s Power Ministry for Culture, is an important step in the process of ensuring that national literature can also be presented in the Mandarin-Chinese language.

Prior to this meeting, on Saturday, November 9, China and Venezuela celebrated, as part of Filven 2019, the signing of the Framework Agreement for Strategic Editorial Collaboration between China Intercontinental Press and the Cenal, which will strengthen the publication of Chinese works in Venezuela and vice versa.

These activities occur as part of the collaboration between the two nations to promote cultural exchange and mutual learning, on the occasion of the 45th anniversary of the establishment of diplomatic relations between China and Venezuela, as well as the 20th anniversary of the first visit to China of the Eternal Commander Hugo Chávez Frías.

The People’s Republic of China is the guest country of honor at Filven 2019, and for this edition of the literary party 2,000 titles; 50 publishers of the Asian giant are present and more than 20 literary activities to encourage the friendship between the readers of the two countries.

The 15th edition of the Filven will run until November 17, with a program consisting on more than 600 activities.