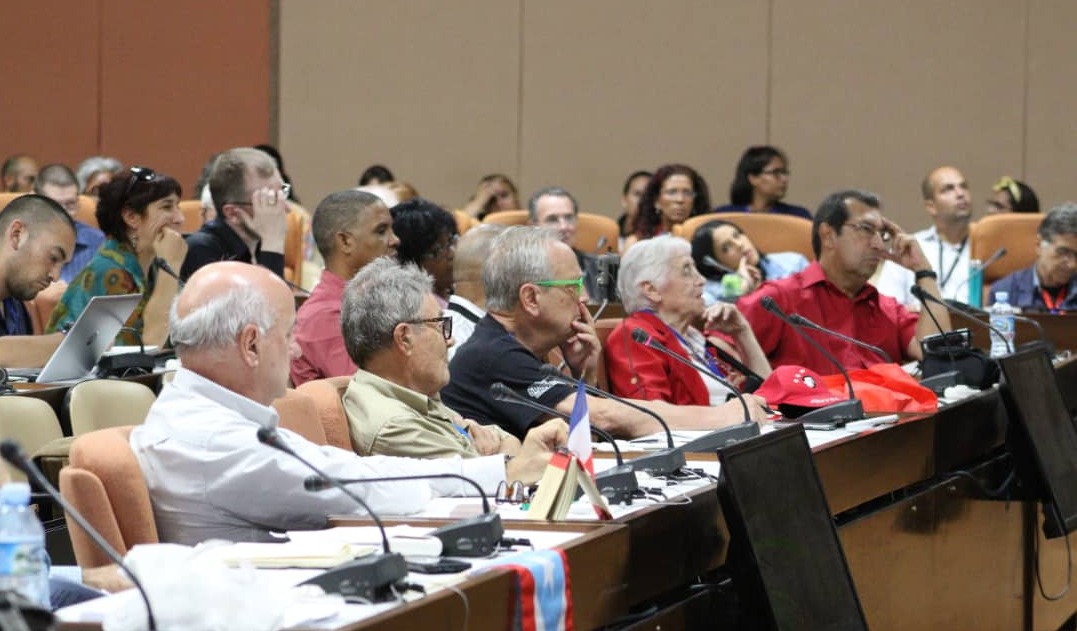 Oriented to promote the Action Plan of the Anti-Imperialist Solidarity Meeting, for Democracy and against Neoliberalism, six technical work commissions were installed, this Saturday, in the city of Havana.

In this way, the delegates belonging to the different social movements and solidarity organizations seek to respond to the Latin American people, who face the resurgence of the imperialist measures of the United States government.

The six technical commissions were divided as follows:

First: Solidarity with Cuba and other just causes

The ambassador of the Bolivarian Republic of Venezuela in Cuba, Adam Chavez, was present during the development of the commissions and toured their tables. It is expected that this Sunday, before the closing plenary of the Meeting, the summary of the results obtained will be presented and the Action Plan presented to be approved.