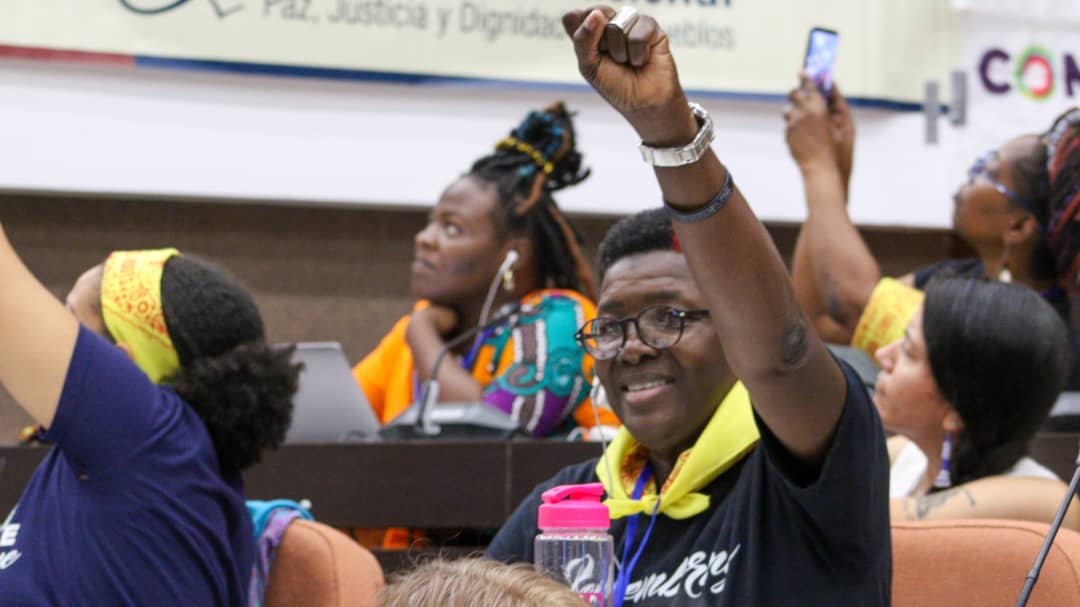 Given the current political situation hegemonized by the aggressive escalation of the government of President Donald Trump towards sovereign nations; From Havana, Cuba, an Anti-Imperialist Solidarity Meeting, for Democracy and Against Neoliberalism, is held in order to unify the left forces of Latin America to face the challenges posed by this wave of attacks.

In this context, representatives of the various participating countries, expressed their support and solidarity with Venezuela, in the face of the various attacks that the United States Government has faced.

Edwin de la Cruz, a member of the Philippines-Cuba Friendship Association, expressed his support for the Venezuelan people, who seeks to dismantle the so-called sanctions imposed by Trump, noting that Venezuela has been an example of historical victories and inspiration for the Philippines in its battle against the threats of imperialism.

In turn, Godmar Vesca, a member of the delegation of Puerto Rico, added that Venezuela can count on the support of Puerto Ricans, who will continue to profess the importance of building a Latin American revolution following the example of great leaders such as Commander Hugo Chávez and Simón Bolivar.

For her part, Claudia de la Cruz, also a participant in the Anti-Imperialist Meeting, stressed that each representative assumed the responsibility of deepening internationalism “not only with Cuba, but also with sister countries such as Venezuela, a sample of anti-imperialist trench”.

He praised “Commander Chávez and President Nicolás Maduro, sowed the importance of transforming minds and hearts from solidarity and revolutionary love, with the purpose of creating a firm conviction of struggle and development in the nations”.

Finally, Luis Tapia Red, a member of the Caribbean North American Solidarity group in Toronto, Canada, explained that they constantly defend the ideals of the Bolivarian Revolution in order to demonstrate to the US Government, “the potential of a working people who defend their homeland against any stage”.

The Anti-Imperialist Solidarity Meeting, for Democracy and Against Neoliberalism, will be held until November 3, where Venezuela is one of the countries participating in the work agenda contemplated in these activities.