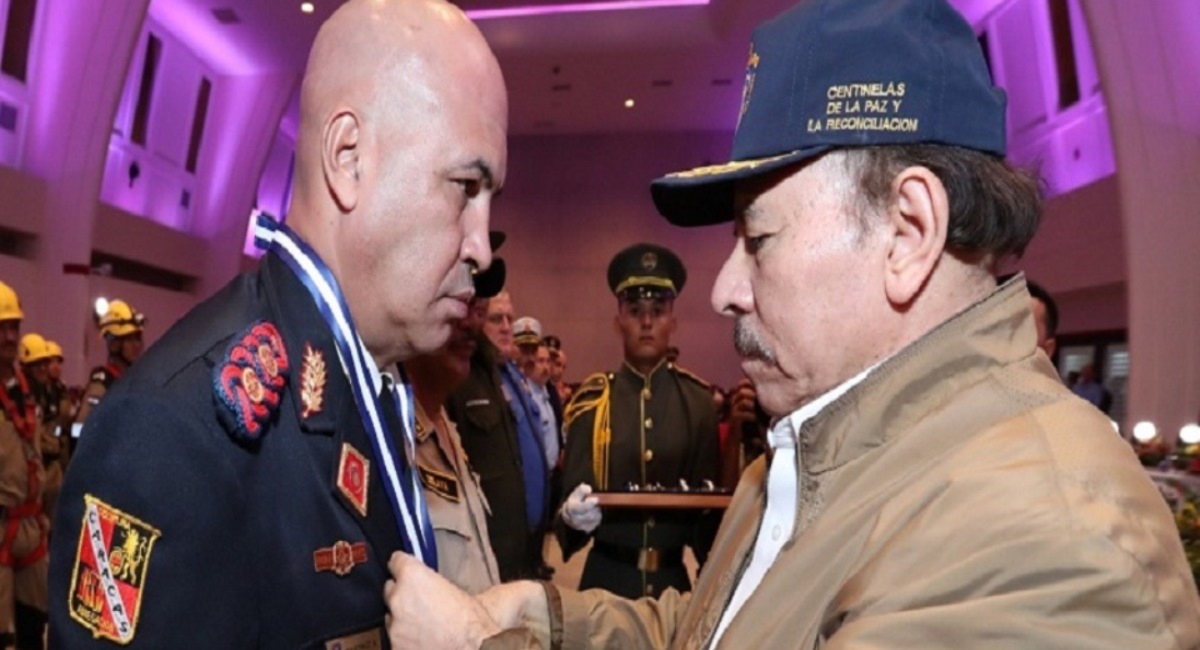 Daniel Ortega, first president of Nicaragua, awarded the general director of Firefighters and Civil Defense Administration, first general Angel Antonio Martínez Moreno, with the medal of the Brotherhood among Firefighters.

In this regard, Ortega said: “We are doing our job and the families recognize the work of firefighters who have been tested in painful and terrible circumstances, there were firefighters going to quell the flames and save lives”.

As part of the 40th anniversary of the Ministry of the Interior of Nicaragua, fire chiefs from Cuba, Panama, Costa Rica, El Salvador, Honduras, Guatemala and United Firefighters Without Borders were also decorated.

Venezuelan officials are in Nicaragua to provide support after the abundant rainfall caused by two low pressure centers located in the North Caribbean and the Pacific Ocean, an event that left 528 homes affected, 4 of them totally destroyed.