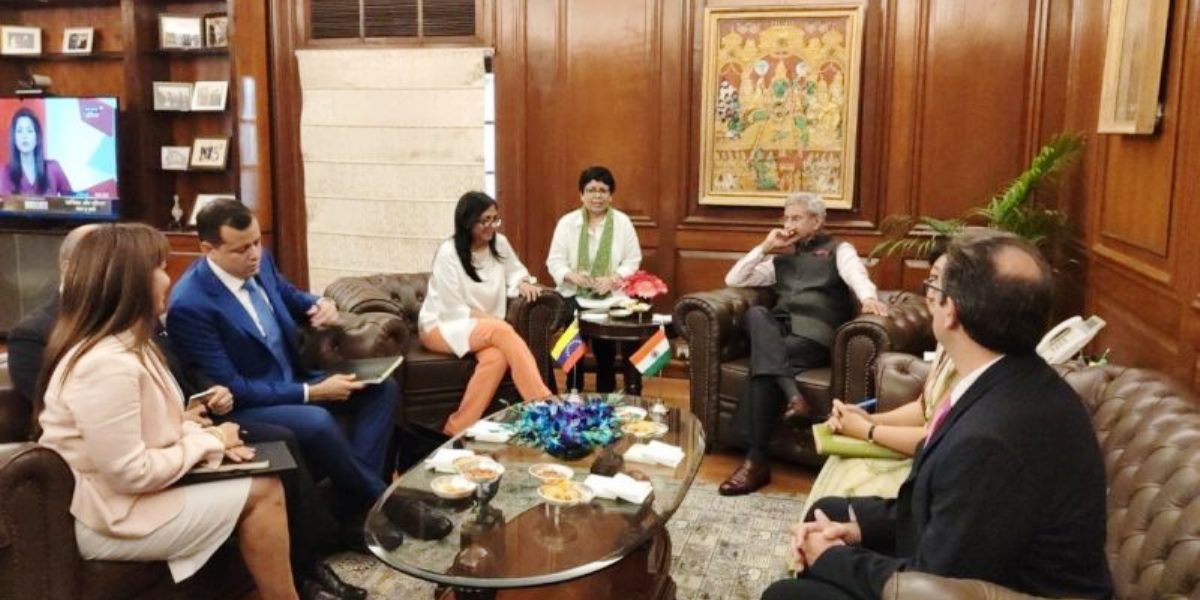 Venezuela continues to strengthen cooperation ties with the people of India

Within the framework of the Diplomacy of Peace promoted by the Bolivarian Government, the Executive Vice-president of the Republic, Delcy Rodríguez, continues to strengthen the ties of cooperation between Venezuela and the peoples of the world.

From the Republic of India, Rodriguez held a meeting with the Minister of Foreign Affairs of the South Asian nation, Subrahmanyan Jaishankar, in which they strengthened ties of friendship and fraternity.

This was announced by the Executive Vice-president of Venezuela, through her account on the social network Twitter @DrodriguezVen, in which she expressed the following:

During the meeting, Rodríguez also extended the congratulations of the President of the Republic, Nicolás Maduro, to Prime Minister Narendra Modi, regarding the celebration of the Diwali Festival.

Also present at the activity were the People’s Power Minister for Economy and Finance, Simón Zerpa; the Vice-minister for Asia, the Middle East and Oceania, Ruben Darío Molina and the Venezuelan ambassador accredited in India, Coromoto Godoy.

The Republic of India and Venezuela have advanced in various fields of cooperation in the areas of energy, oil, education, culture, technology, trade and health, enhancing the south-south cooperation for which the Eternal Commander, Hugo Chávez always bet, and that up to now the Venezuelan head of state, Nicolás Maduro, continues to energize.

He was the leader of the Bolivarian Revolution, when he came to power in 1998, who said: “I embrace India as my own country; we are going to south-south cooperation, we see to the north and we see to the south”, and thus the relations between both peoples were expanded and consolidated.

The commitment of the National Government is to continue advancing in relations of mutual respect and shared benefits, in which international law is what governs the development of cooperation and friendship of the Homeland.