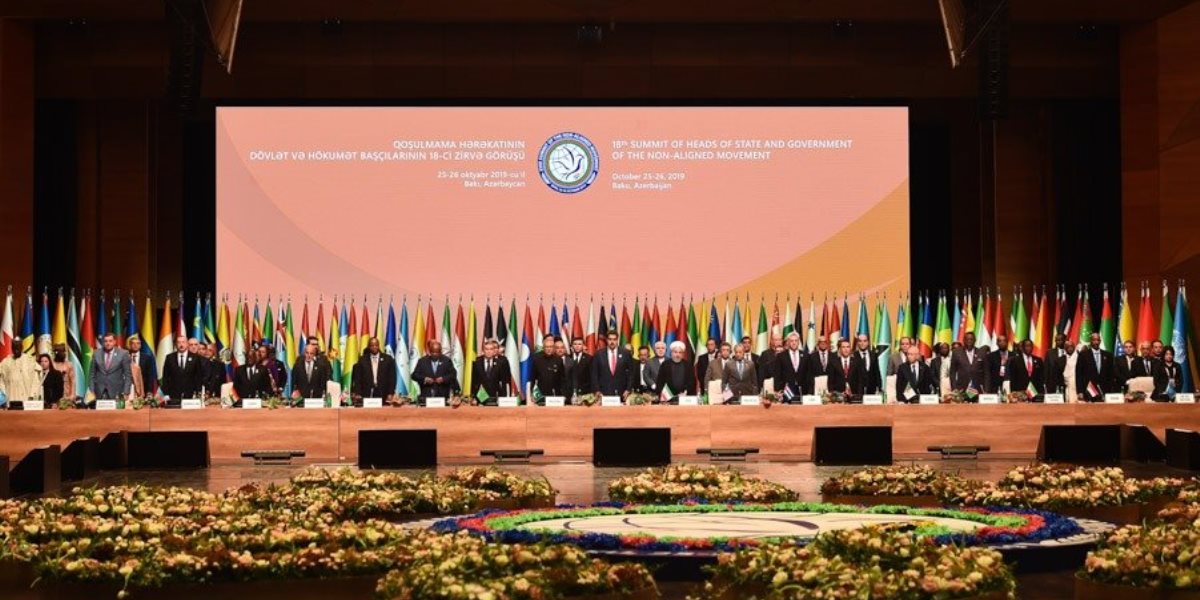 The defense of a multipolar world, respect for the self-determination of peoples and the rejection to unilateral measures were the central issues addressed at the XVIII Summit of the Non-Aligned Movement (NAM) held since October 25 and ended in Afternoon hours this Saturday.

The interventions of the 120 countries that make up the Movement highlighted the unrestricted commitment to the NAM principles and the promotion of joint coordination to promote stability, peace and global prosperity.

The participants agreed that the current economic challenges seek an urgent and joint response from the international community, a necessary premise for the NAM, whose members are part of 50 percent of the world’s population.

A global solution was thus contemplated from this rostrum in which these challenges are focused within the principles of international law and justice, both issues that are crucial to guarantee sustainable peace and prosperity.

The group of States, meeting in Baku, stressed that it is these challenges that today demand the absolute unity of the international community, based on the defense of multilateralism, respect for sovereignty and commitment to the principles of Bandung, based in international law and international politics.

The various participations collated the crisis that today threatens multilateralism, a scenario in which the unfeasible union of the international community was raised, within the framework of a civilized dialogue, an objective in which the NAM plays a very important role.

Any unilateral measure that could block economic activities was rejected in this forum, since, with these actions, as the participants warned, human rights and the Charter of the United Nations are violated.

They demonstrated that the NAM continues to promote the fight against xenophobia, terrorism, and in favor of the eradication of poverty and the exaltation of sustainable development, as well as one of the most urgent challenges today: Climate change.

Palestine central theme of the summit

From the Baku Convention Center in Azerbaijan, the danger posed by the promotion of the colonization of the State of Palestine by the United States government was put on the table as a fundamental issue.

Various interventions agreed to alert the world to this scenario. This issue will be adopted in the Baku Declaration, which reiterates the firm support of the Non-Aligned to the Palestinian cause and their right to independence and sovereignty.