The head of State and Government, Nicolás Maduro Moros, held a bilateral meeting with his Azerbaijani counterpart, Ilham Aliyev, in the framework of the XVIII Summit of the Non-Aligned Movement (NAM) held in Baku.

During his official visit to Azerbaijan in 2016, the National President signed a series of agreements to strengthen strategic alliances between the two nations.

On that occasion, the Venezuelan President stressed the need to advance in various fields of development and promote, together with other countries, the 16 engines of the Bolivarian Economic Agenda.

“We have a great responsibility to bring our worlds closer. The 21st century is the century where our cultures, our values ​​and our ability to live in peace and develop ourselves will be known”, he said.

Venezuela continues to strengthen international relations based on the Bolivarian Diplomacy of Peace, the construction of a multi-polar and multicenter world and the right to sovereignty and self-determination of peoples. 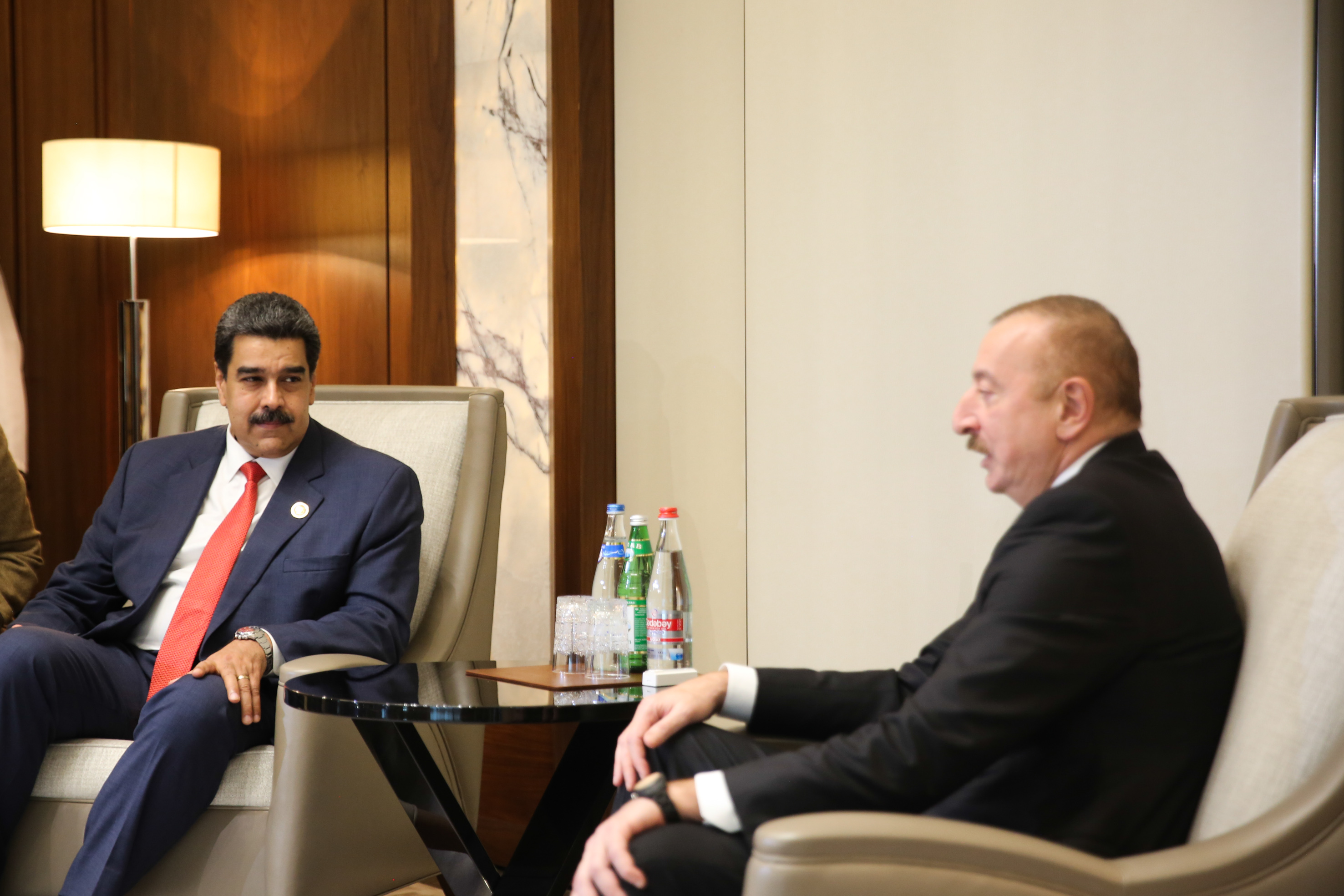