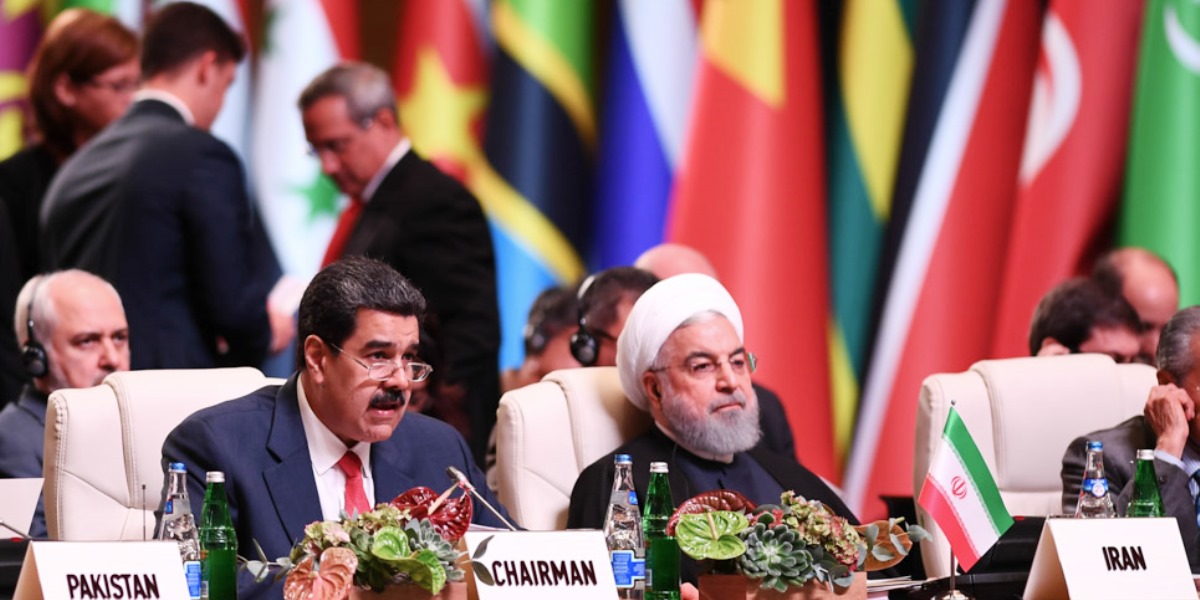 The President of the Republic, Nicolás Maduro, urged the 120 member states of the Non-Aligned Movement (NAM) to stand in solidarity and recognize the electoral triumph of Evo Morales last Sunday, in response to the violent agenda unleashed by the national and international right after knowing the election results in Bolivia.

During his speech at the XVIII Summit of the NAM, which takes place in Azerbaijan, he said that “one way to make the strength of our Movement effective is to recognize the legitimacy of Evo Morales’s victory against the colonialist forces that try to ignore the vast majority of the Bolivian people who expressed themselves at the voting”.

He also ratified the solidarity of the Bolivarian Government with the Bolivian nation, while stressing that it is the same script applied in Venezuela to generate violence and alter the peace of the people.

“Our solidarity for the people of Bolivia and especially for Brother President Evo Morales Ayma, who despite having been reelected for a new period of government, today faces a destabilization campaign and a coup d’etat, supported from abroad, to ignore the sovereign will of the Bolivian people. (…) that is what they promote today against Bolivia and President Evo Morales: a coup d’etat and ignorance of the popular will expressed in free elections”, said the Venezuelan president.

Solidarity with countries victims of imperialism

In his words, the Dignitary also sent a message of encouragement to the countries victims of the multiform war that imperial countries undertake against sovereign nations.

“One of the guiding principles of the Movement is the expression of respect, friendship and peace between the States. We use this opportunity to reiterate our unwavering solidarity with the heroic Palestinian and Puerto Rican people, as well as with our brothers in the Democratic Republic of Korea, Cuba, Iran, Nicaragua, Syria and Zimbabwe, which today, like Venezuela, face the effects of the illegal promulgation and implementation of unilateral coercive measures”, he stressed.