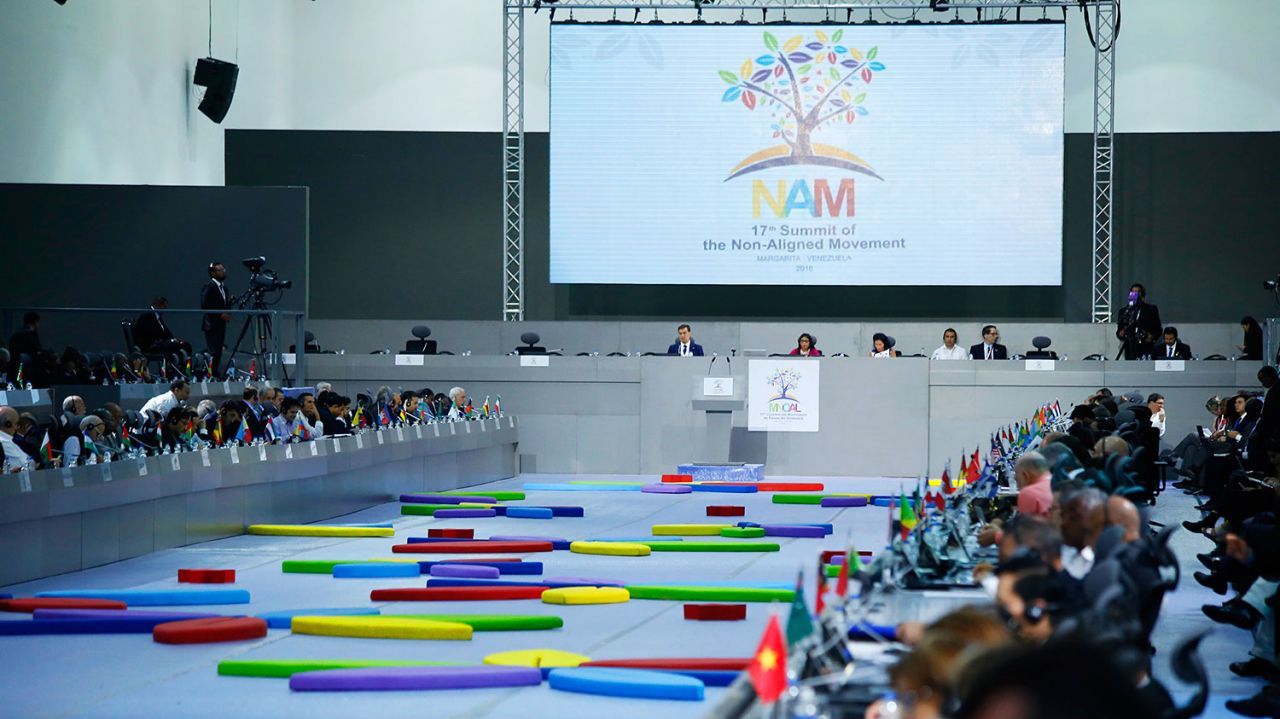 Management of Venezuela in the NAM revitalized the multilateral platform

Venezuela advanced in the process of revitalizing the Non-Aligned Movement (NAM), during its presidency assumed during the XVII Summit of Heads of State and Government of the forum held in 2016 and culminating this October.

According to a report presented in July by the permanent representative of Venezuela to the United Nations Organization (UN), Samuel Moncada, the main objective has been to ensure that this forum and its positions of principle remain fully valid and relevant in the current international situation.

Here are details of the management of Venezuela:

In the Mnoal Chapter in Geneva

In the Mnoal Chapter in The Hague

In the Chapter of the NAM in Vienna and Paris

The Mnoal is guided by the 10 principles that emerged at the Bandung Conference in 1955, an event that preceded the creation of that movement.

These principles include respect for the sovereignty and territorial integrity of all nations, abstention from interventions or interference in the internal affairs of other countries, respect for the right of every nation to defend itself or in collaboration with other States, in accordance with the Charter of the United Nations, and the abstention of acts or threats of aggression and the use of force to the detriment of the territorial integrity or political independence of any country.