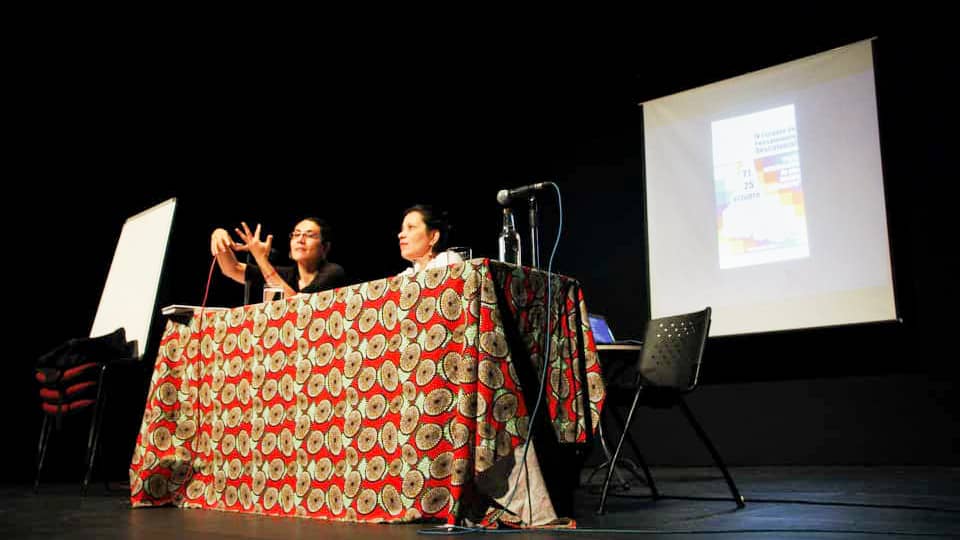 The IV School of Critical Decolonial Thought will meet until October 25 in the Theater Room 1 of the Celarg Foundation from 9 am to 5 pm and the admission is totally free.

The exploitation of the human and non-human labor force, the depredation of nature, dehumanized technological development and war as a mechanism of domination and annihilation of states and peoples who don’t share such practices of exploitation have brought humanity to the brink of extinction.

“It is not only climate change that will kill us as a species, it is also, and perhaps it kills us faster, the dehumanization of life that has turned love into a cheap and fast obsolescence commodity”, as stated in the base document of these days of reflection, which have the presence of a group of international guests, consisting of Ramón Grosfoguel (Puerto Rico), Houria Bouteldja (France), Juan José Bautista (Bolivia), Aura Cumes (Guatemala), Javier García (Andalusia), Karina Ochoa (Mexico).

Crisis of the civilizational model

Its creation document exposes the urgency to analyze in depth the crisis of the Western civilizational model, structured as the Capitalist World System, with hegemonic successions and inter-imperialist conflicts that generate very painful crises for the peoples of the world, plus the need to feel human life as a whole from other horizons, with other ethical and political positions, so it calls us again, and more urgently, to meet again at the IV School of Critical Decolonial Thought 2019, in Caracas, Venezuela.

The three previous Decolonial Schools did not have the urgency of this fourth school, because our country is beset by American imperialism that is going through the inevitable historical process of its displacement as a hegemon of the World System. Our revolution, led by Commander Hugo Chávez Frías, resumed the genuine path of Latin American and Caribbean “Bolivarianism”, confronted with American “monroism”, and today is an undeniable reality that our Bolivarian Government represents the greatest threat to imperialist plans to maintain, by blood and fire, its hegemony in the Western Hemisphere, as well as we embody the concrete and real example that a different State, centered on the human being and communally organized, can arise from the creative powers of the people.

For this reason, this IV School will have as its central axis of reflection and discussion: “The construction of another civilizational model”, assuming the urgency to feel and design a new political, social, cultural and economic order, which implies understanding ourselves as diverse subjects integrated into groups that want and need to move towards the remediation of power, of, knowledge, and the natural and social being.

The following questions are raised for the debate: how and why to remediate us all? How? Looking at our past of libertarian struggles we will do it, as we are doing now, recreate our long-term strategy and the tactics of resistance and attack that lead us to the final victory.

Why? To rescue the common thing: the house open to the needy, the table always served, the solidary street, the conscious and responsible religiosity not only with the beyond but with the good in here, family fulfillment, dying of old age and at home surrounded by loved ones, feeling and thinking about a corporality related to others, the nature in which we are one more species, hope in a better tomorrow, the creation of utopias, territories without borders, shared knowledge, the known past…, and what makes us truly human: to have a heart where all hearts fit or, in the words of Commander Chávez: our infinite capacity to love.