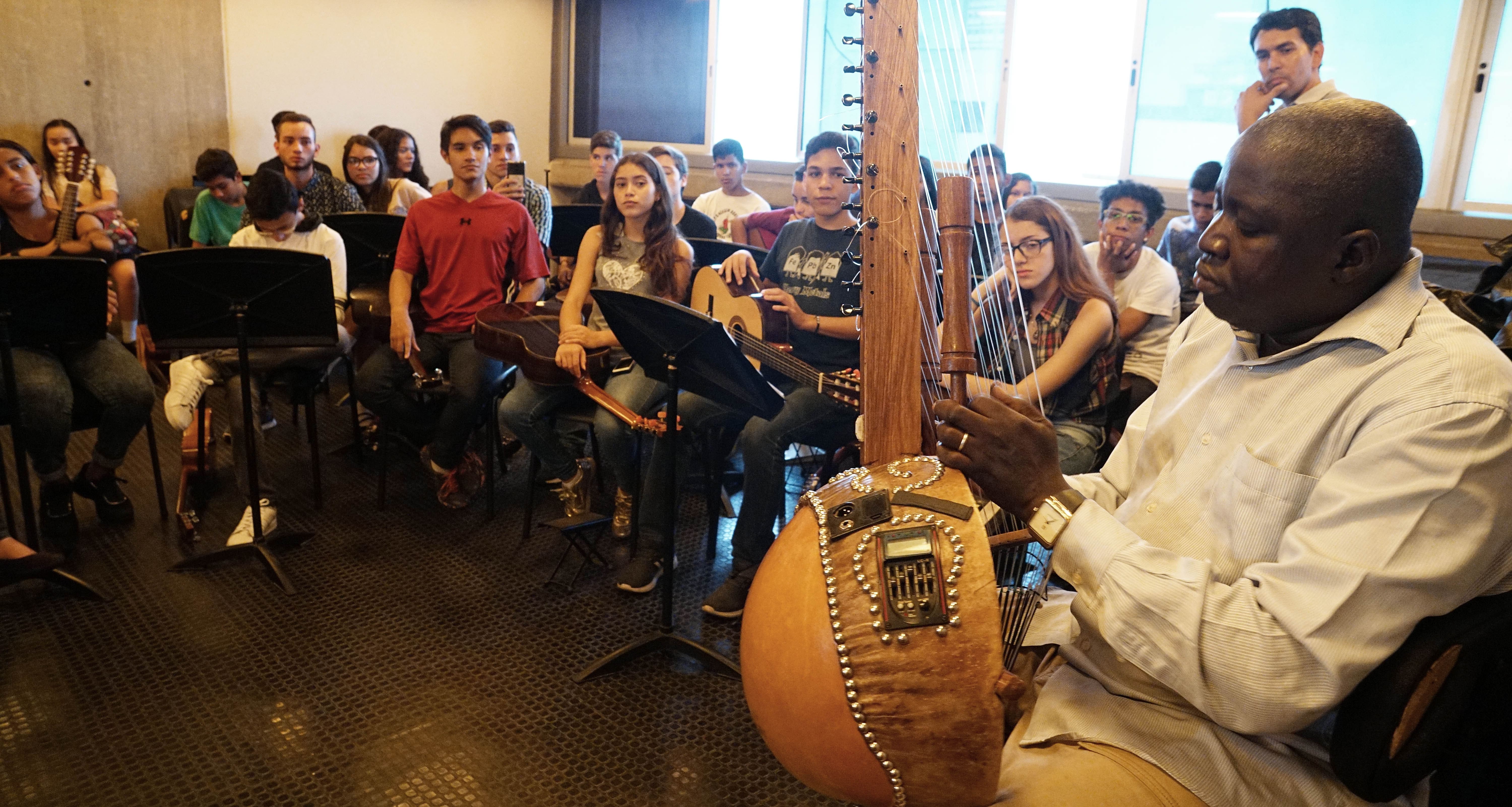 With joy and to the sound of traditional and African music, children and young people belonging to the Alma Llanera program of the National System of Youth and Children’s Orchestras and Choirs, exchanged experiences during a special class taught by the Senegalese teacher, Ibrahima Cissokho, in the National Center for Social Action for Music in Caracas.

The activity arose in the middle of a visit by the African musician to the country in the framework of the VI Cultural Festival with the Peoples of Africa that culminated on October 12.

During the large and emotional class, the ´Kora´ instrument, originally from West Africa and which has a similarity to the cuatro and the harp in terms of design and sound, was presented.

The teacher Cissokho, interpreted the musical pieces: Malisato, Fanta, Tara and Minemba, all inspired by love stories. He further explained that this instrument is the most important in Senegal and that all children in that country are trained in its execution in schools.

He stressed that the Kora can also be complemented with the violin, guitar or keyboard, however it follows an oral tradition, and is present in all African music. It also has a religious significance.

“The physiognomy of this instrument and what can be interpreted with it, I find it fascinating since it represents the culture of a country, its history and tradition. Knowing it from the hand of one of its cultivators is a unique experience, thanks to The System for allowing us this”, said José Infante, a program’s quatrist.

The guitarist Stephanie González, cataloged the experience as pleasant and enriching, “it is good to enrich ourselves from other cultures as it helps us in our growth as musicians, I am happy because I feel that I could expand my knowledge in terms of music and the vision I have of world”.

In this sense, the director of the Alma Llanera program, Wilmer Álvarez, said that music has an important role in cultural communication and that it can be anywhere in the world, but if there is a musical language there is also a connection.

The teacher Cissokho referred to the daily work of the musician, to the love that the instrument should recieve, and to the time invested in music, he added: “I could appreciate that in Venezuela there is a lot of cultural diversity, and also that Venezuelans love music”.

Finally the young people played the Rapshodya and Picaresca pieces, accompanied by the teacher with a fusion of different rhythms. 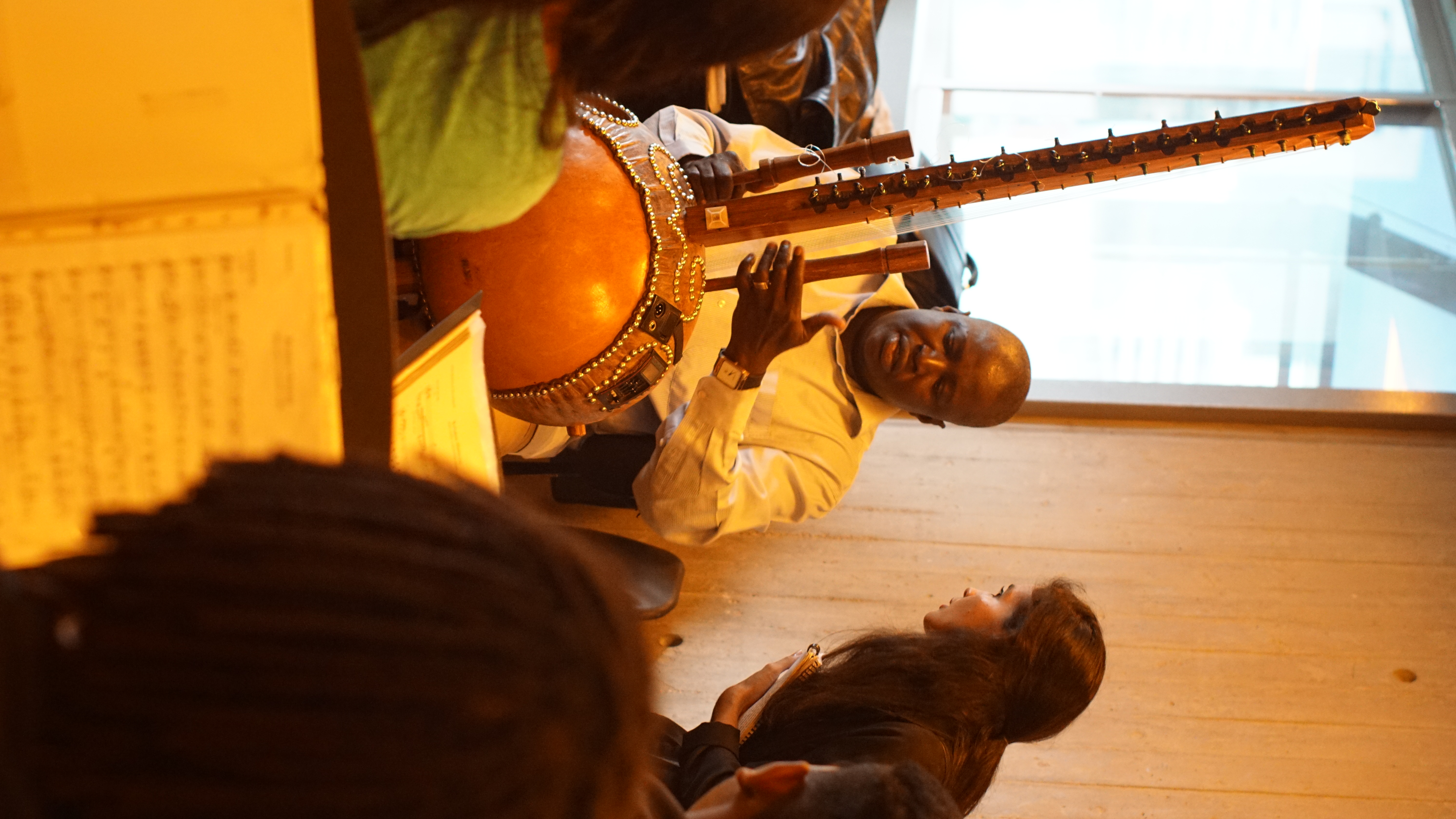