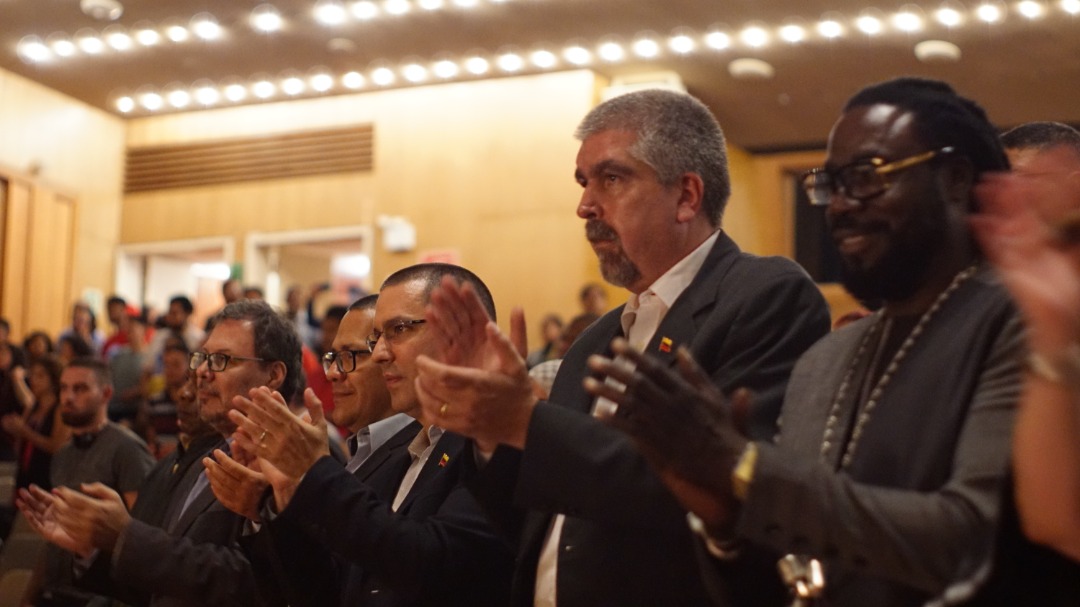 In an interview with the 360 ​​° program broadcast through the Venezuelan Television Channel (VTV), the Vice-minister for Africa of the People’s Power Ministry for Foreign Relations, Yuri Pimentel, said that the VI edition of the Cultural Festival with the Peoples of Africa, scheduled for October 9-12 at the Teresa Carreño Theater, has ratified the bidirectional solidarity between the African countries and Venezuela.

He also said that this space for culture, approach and artistic fusion has allowed the delegations of Algeria, Senegal, Mali and Namibia to contrast the reality that exists in the country and the one projected by the international media.

The Namibian filmmaker and screenwriter, Uhanovo Kahorongo, said that although the world of politics is very separate from his artistic approach, he finds it very pleasant that the truth of Venezuela is a diferent one from what is sold on social networks, “being here I could verify the reality about Venezuela”.

He also said that both peoples share very similar and profound stories, the history of colonization in the case of Africa by Europe and also segregation. “The main difference between Venezuela and Namibia is the time of their independence, since that of Namibia is more recent, about 20 years ago; another difference is the language”, he added.

Importance of Africa for Venezuela

“Commander Hugo Chávez had that vision, guidelines that we inherited, to see Africa as a space for integration, which was achieved in Latin America with Unasur, Celac, Petrocaribe, ALBA and which extended to the peoples of Mother Africa with the creation of the Africa-South America Summit (ASA), is the same struggle and thus the South-South cooperation is essential”, said the Vice-minister for Africa.

He said that if the natural wealth of Latin America and Africa were combined, it would represent the 85 percent of the world’s wealth, “It is just that they have not allowed us to develop due to the neo colonialism, that is why it is so important to keep united”.