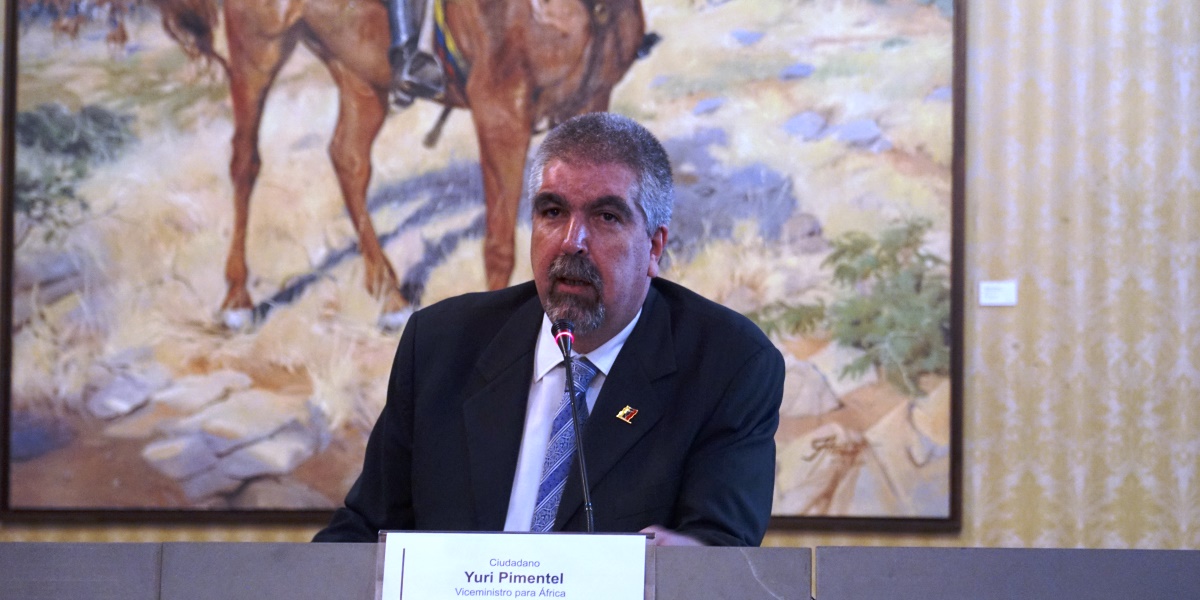 Vice-minister Pimentel: Cultural Festival with Africa is part of the resistance against imperialism

The Vice-minister for Africa of the People’s Power Ministry for Foreign Relations, Yuri Pimentel, said Friday, in an interview with the National Radio of Venezuela (RNV), that the VI Cultural Festival with the Peoples of Africa is part of the resistance against the attacks of imperialism, is to go back to our Afro descendant roots.

He indicated in the radio space “Via Alterna” that this event of cultural exchange and cooperation is an idea of ​​Commander Hugo Chávez and that the “Afro descendant root is in our culture to the surface, between 54 and 55% of our population identifies as Afro descendant”.

“What happens to us is known to the African people, because if any continent has been stolen and looted is the African, so they understand perfectly what the US government does to try to obtain our resources”, said the Venezuelan diplomat.

The Vice-minister for Africa thanked the People’s Power Ministry for Culture for the joint effort that is being made, on behalf of the Bolivarian Government, to enable the sixth edition of the festival. He reiterated the invitation to the people of Caracas to attend the activities scheduled until Saturday, October 12.

During the reception of the delegations on Wednesday, at the Casa Amarilla “Antonio José de Sucre”, Yuri Pimentel recalled that relations with the African continent were revitalized with the Bolivarian Revolution. “It was Commander Chávez who launched a policy of cooperation and integration with Africa. Before him, Venezuela had seven embassies in that continent, especially in oil countries. Today, the Bolivarian Republic has diplomatic relations with all African countries; We are going for 20 embassies installed”.