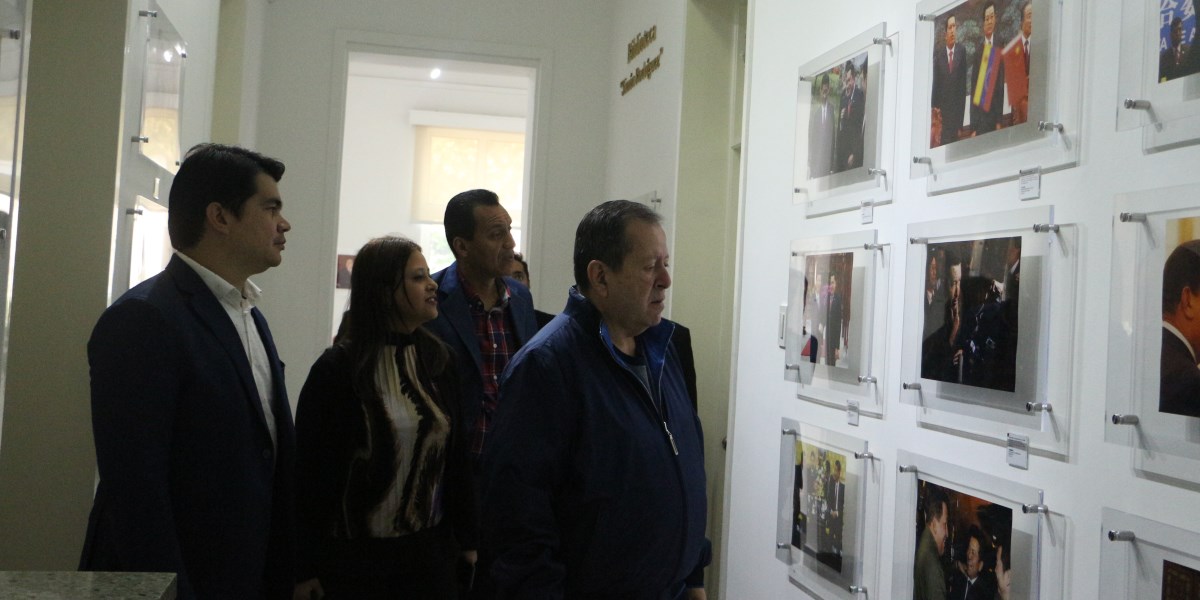 The Venezuelan Embassy in the People’s Republic of China inaugurated a photographic exhibition to commemorate the 20 years of the first State visit of Commander Hugo Chávez to the Asian country, with outstanding images of the activities he carried out during his six visits.

More than 30 images make up the photographic exhibition that begins with its first State visit, which took place from October 10 to 13, 1999.

In that first meeting, President Chávez traveled to encourage Chinese investments in Venezuelan soil, as well as the joint exploration of future development areas.

The then Venezuelan head of State made another five visits to the People’s Republic of China: in 2001, 2004, 2006, 2008 and 2009, in which he consolidated the comprehensive strategic partnership between the two countries and deepened the exchange in various areas of bilateral interest.

The exhibition is open to the public at the headquarters of the Venezuelan Embassy in China, in Beijing, Monday through Friday from 9:00 a.m. to 4:00 p.m.

This sample is part of a series of activities instructed by President Nicolás Maduro in the framework of the Cultural Week of Venezuela, which commemorates the 20 years of the first State visit of the Eternal Commander, Hugo Chávez.

The Cultural Week of Venezuela is also a program that celebrates the brotherhood between the Chinese and Venezuelan people, on the occasion that this year marks the 45th anniversary of the establishment of diplomatic relations Venezuela – China, the 5th anniversary of the signing of the Agreement of Strategic Cooperation between both countries, as well as the 70 years of the foundation of the People’s Republic of China.

The countries established ties on June 28, 1974, although their consolidation materialized in 1999, when President Hugo Chavez comes to power and approaches the Asian country with the objective of creating new alliances under the principles of mutual respect, the complementarity and bilateral benefit depending on the development of friendly peoples.