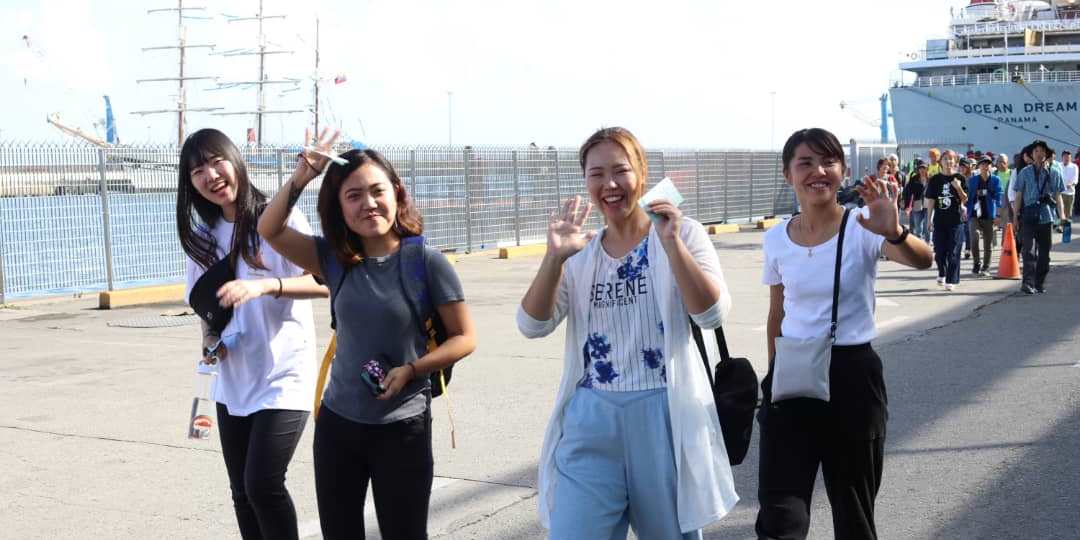 On its seventeenth official visit to the Bolivarian Republic of Venezuela, the Peace Boat arrived Thursday, directed by the captain of the Cruise, Marin Yoshida and the director of the Program, Yuri Nakayama, in the Port of La Guaira.

Upon arrival they were received by the Vice-minister for Asia, the Middle East and Oceania, Rubén Darío Molina, the governor of La Guaira state, Jorge García Carneiro, and the Vice-minister for Tourism, Verónica Calcinare, who expressed a warm welcome from the people and government of Venezuelan to the 1,200 crew of the ship, who will participate in a series of cultural, sports, social, economic and health exchange programs.

Peace Boat, is an international non-governmental and non-profit organization with headquarters in Japan, its goal is to promote peace on a global scale through international exchange.

In turn, they seek to build an international network of citizen action, free of the limitations generated by national interests and that generate and motivate a culture of peace. The Peace Boat is a neutral space, where people can meet, deepen the bonds of friendship, and generate dialogues that allow the resolution and prevention of conflicts.

It should be noted that with the arrival of Commander Hugo Chávez to the presidency, the Peace Boat has been visiting Venezuela since 2006, carrying out exchange activities to publicize and exalt the achievements of the Bolivarian Revolution.