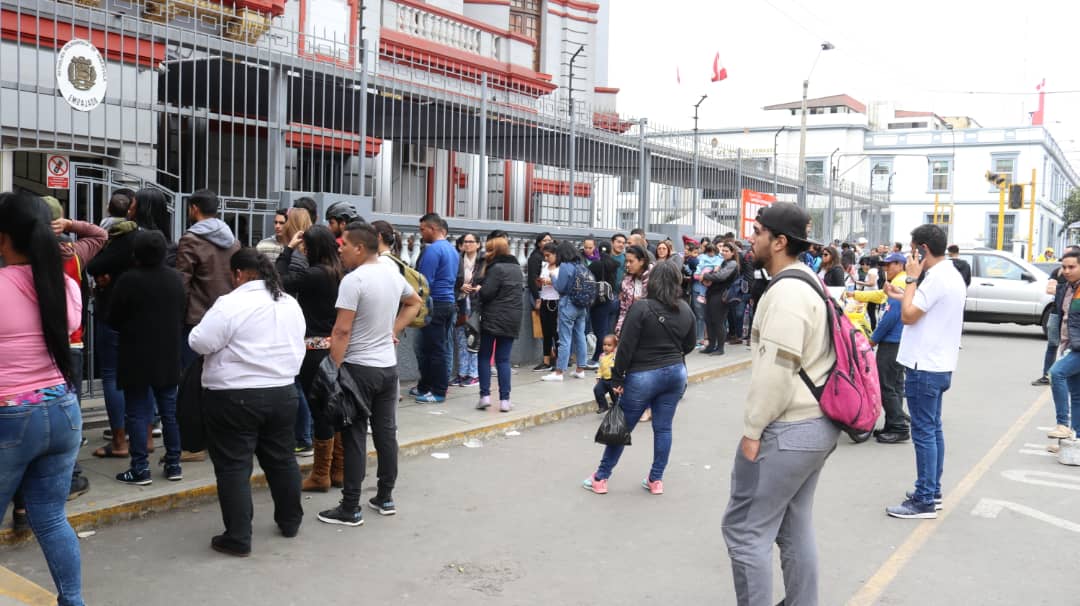 Xenophobia acts against Venezuelans in Peru are aggravated

The lack of employment and labor exploitation, of which Venezuelans who migrate to Peru are victims, the acts of xenophobia are added aggravating the situation to the extent that they are encouraged and allowed by Peruvian government authorities.

Recently, the video in which the young Venezuelan girl, Oriana Rosa Pérez, 20, was wildly beaten by simply be walking down the street at 3:30 in the morning in Cajamarca, a province in the northern highlands of Peru has become viral.

Ronald Manzulli, 30, said that most Peruvians, especially in Lima, reject Venezuelan migrants, verbally mistreat them on the street, point them out with the derogatory qualifying of “Venecos”, an attitude that is encouraged by media, which sensationalize or constantly repeat a story when a national is involved in a criminal act.

“It is increasingly difficult to find or stay in a job with so much xenophobia”, said Manzulli, a native of Catia, Caracas.

The same perception has Fernando Salomón, a 49-year-old man, who along with his wife and two children, wants to return to Venezuela as soon as possible, because in Lima “people are very bad with us. If someone fall behind on loan, they immediately ask for evacuation. They give very bad looks to us on the street, they accuse us of ‘murderer’; the experience here has been very hard”.

“reaper”, “delinquent”, “out of my country” have been some of the insults that Rigoberto Montoya Paredes, 53, from Mérida, has had to endure in the year and a half he has been in the Peruvian capital. “The treatment here is very bad. I have been in a street situation for five months because they discriminate me because I’m a Venezuelan; they robbed me, I have been pushed out”, he said.

Héctor Linares, a native of Valencia has a year and a half in Lima, shared the bad moment he experienced when he cut a finger while working with glass and cleaned his blood on his shirt, when he went out to the kiosk to buy a soda, the seller gave him a bad look and asked: Who have you killed, Venezuelan? “It made me feel very bad. I don’t want to stay in this country”, he confessed.

In the Embassy of the Bolivarian Republic of Venezuela in Lima, the number of Venezuelan migrants who come to request the repatriation benefit of the Plan Vuelta a la Patria is increasing, claiming not to support abuse and xenophobia in the Inca nation.

The Bolivarian Government issued a statement last Sunday, September 29, in which it condemns the acts of xenophobia and persecution against Venezuelans in Peru, while denouncing its government for violating and breaching its international responsibilities by promoting and allowing these acts of racial segregation against citizens who have exercised their legitimate right to human mobility and who must be protected by the institutions and laws of the host country.