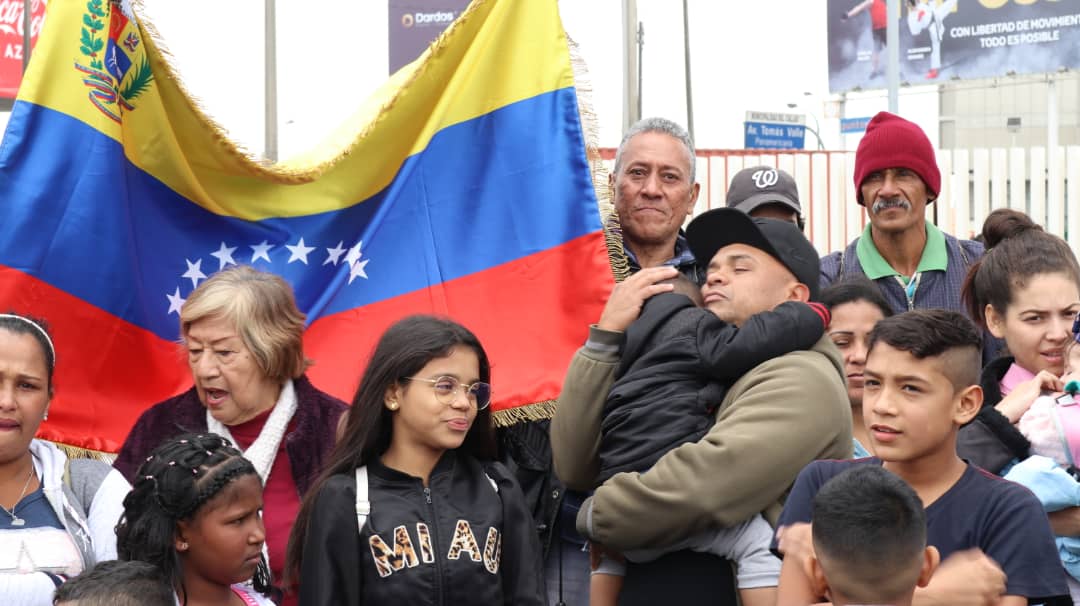 100 Venezuelans stranded in Peru after the suspension this Saturday, September 28, of the flight of the Plan Vuelta a la Patria, ask the Peruvian authorities not to obstruct with bureaucracy the development of this repatriation program established by the Bolivarian Government for the safe return of the nationals, in a situation of vulnerability in other nations, to Venezuela.

In the group there are patients with serious health conditions and families who do not have accommodation or money, because they delivered the pieces where they lived rented.

Yolimar Torrealba, 32, a native of Maracay, implored the Peruvian government to facilitate the completion of the flight. “If they don’t want us in their country; then, why don’t they give us the opportunity to leave? This delay distresses us, because we have made sacrifices even to get a child’s exit permit, to which they place an exact date to leave and if it is not fulfilled in the established period, the procedure must be done again”.

Visibly upset by the suspension of the flight, Ronald Manzulli, father of two young children, also requested that repatriation be allowed, since he does not want to stay in Peru, among other reasons, because here he knew something that he had never seen in Venezuela: xenophobia. He said that one of his sons convulsed at the airport, while awaiting the air return that was sabotaged.

Also, Sadyd Aybar, a native of Margarita Island, a renal patient, said he needs to return urgently to Venezuela to continue his dialysis treatment. He showed how his legs are inflamed by fluid retention. He prayed that by humanitarian measure the authorization and conditions be granted for the return to his homeland as soon as possible.

Héctor Linares, from Valencia, Carabobo state, who arrived in Lima more than a year ago with his wife and two children, indicated that they sold everything acquired, such as beds, refrigerators and household goods, in order to return to Venezuela and the flight suspension put them in a difficult situation.

“My wife is asthmatic and does not tolerate the climate of Lima. She was admitted in a hospital last year, because she was about to get a respiratory arrest. We ask from the heart that they allow us to return to our country”, he asked.

The flight of the Plan Vuelta a la Patria from Peru, scheduled for September 28, was suspended because the supply of fuel to the Conviasa airline plane was not guaranteed. The Venezuelan government repudiated through a statement this obstacle imposed on the realization of the flight and the acts of xenophobia, aggressions and persecution to which the nationals have been victims on Inca soil, this committed or allowed by Peruvian government authorities.