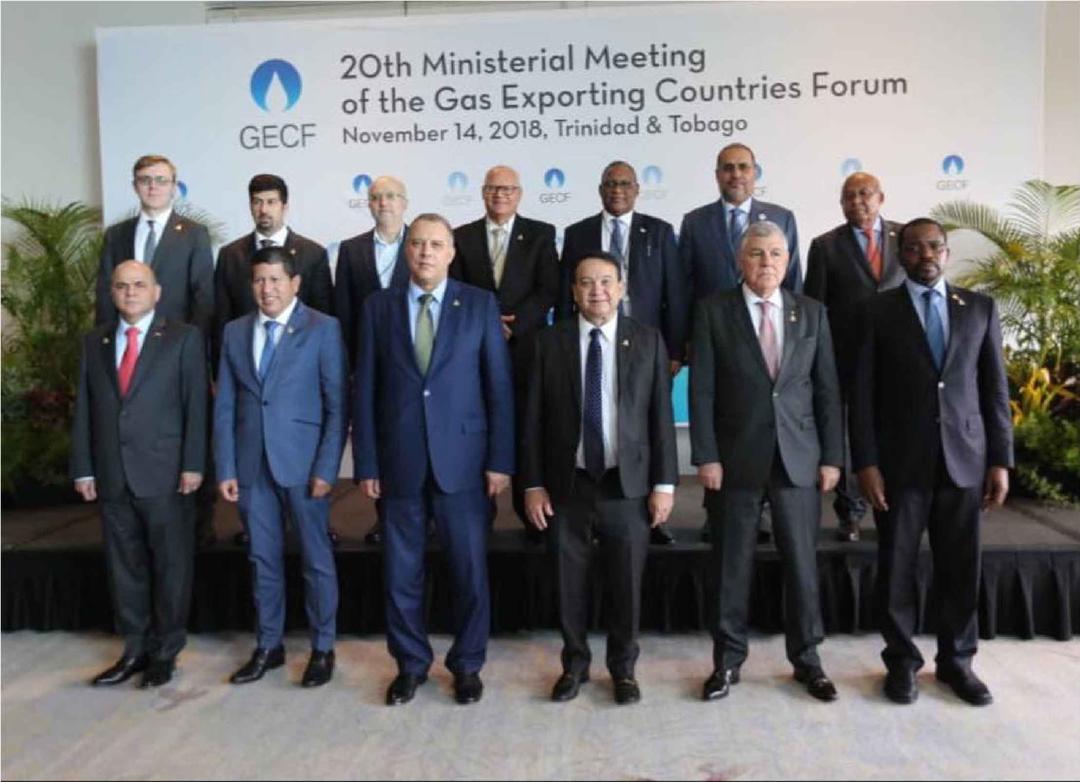 The Gas Exporting Countries Forum (GECF) is an international governmental association of world leading countries in terms of natural gas reserves and exports. For its members, the Forum is a tool that guarantees the reliability and security of the supply and demand of gas and other energy resources.

Today the GECF represents the voice of potential and development in the world energy sector and its origins begin with the holding of the First Ministerial Meeting in Tehran, capital of Iran in May 2001. This first Ministerial Meeting was convened by the Minister of Petroleum of Iran and the governments of Algeria, Brunei, Indonesia, Iran, Malaysia, Oman, Qatar, the Russian Federation, Turkmenistan and Norway (Observer) attended.

With the current number of Members, it has a strong position in the world gas market and among international energy organizations. Its potential is based on the huge natural gas reserves of the member countries, which together accumulate more than 60% of the world’s proven natural gas reserves.

In this organization, Venezuela occupies the first place in Latin America and eighth with the largest gas reserves in the world with 200.3 Billion Normal Cubic Feet (MMMPCN), according to resolution 044 of the Official Gazette of the Bolivarian Republic of Venezuela No. 41,648, dated June 5, 2019.

According to its Statute, the organization aims to support the sovereign rights of its members over its natural gas resources and its capabilities to develop, preserve and use those resources for the benefit of its peoples.

In recent years, the Forum has become a more integrated discussion platform with the consolidation of its internal structure, to develop the global gas supply and demand model with cooperation with international energy organizations.

A little history about the FPEG

Venezuela joined this forum in 2002. Between 2007 and 2008 its institutional base was established. During the 7th Ministerial Meeting the Gas Exporting Countries Forum was established as an international governmental organization with the approval and signature of the Agreement on its operation and the Statute that governs it. The word “Forum” remained to reflect its open and democratic nature.

During the years 2009 to 2011 this institution consolidated its internal structure. Specifically in 2010, the FPEG is registered in the United Nations Organization and the meeting between the UN Secretary General and the Secretary General of the Forum of Gas Exporting Countries meant a truly important step for its worldwide recognition that opened the doors for a closer dialogue between the two organizations.

Its objectives are promoted through the exchange of experiences, opinions, information and coordination on the following topics:

• Global technologies that influence the operability of this industry, as well as the structure and developments of these markets.

• Study the interrelation of this fuel with other petroleum products, coal and other energy sources.

• Technologies and approaches for sustainable environmental management, taking into account its limitations, national regulations and multilateral agreements in this area, and its impact on the volume and sustainability in consumption of this liquid hydrocarbon.

• Approaches and techniques to maximize the contribution of natural gas resources at all stages of the value chain, in order to promote sustainable economies and the development of human resources for the benefit of member countries.

This meeting of high-level government energy representatives is the supreme authority of the Forum. The Ministerial Meeting formulates the general policy of the Forum and determines the best methods and means of implementation; appoints the Secretary General, the President and the Alternate President of the Executive Board; decides on membership applications and approves the work program and its budget.

Since November 2018, in the framework of the XX Ministerial Meeting of the Forum of Gas Exporting Countries, held in Trinidad and Tobago, Venezuela, through the People’s Power Minister for Petroleum, Manuel Quevedo, assumed the commitment to chair this meeting to keep promoting the use of energy resources for the benefit of the socio-economic development of the peoples, promoting the industrialization of gas as a clean and safe fuel in harmony with the environment, as well as continuing to strengthen our country’s leadership in energy matters.

That is why, this next October 3, the Homeland of Bolívar and Chávez, will raise its voice, from the XXI Ministerial Meeting of this Organization, to place the development of the peoples of the world as the center of energy policies.

The Bolivarian Republic of Venezuela participates from various spaces on an international scale receiving recognition from the main producing countries of liquid and gaseous hydrocarbons, overcoming imperialist claims that seek to isolate this worthy people who do not yield and instead, continue to conquer spaces, despite the coercive and unilateral measures of the United States government.