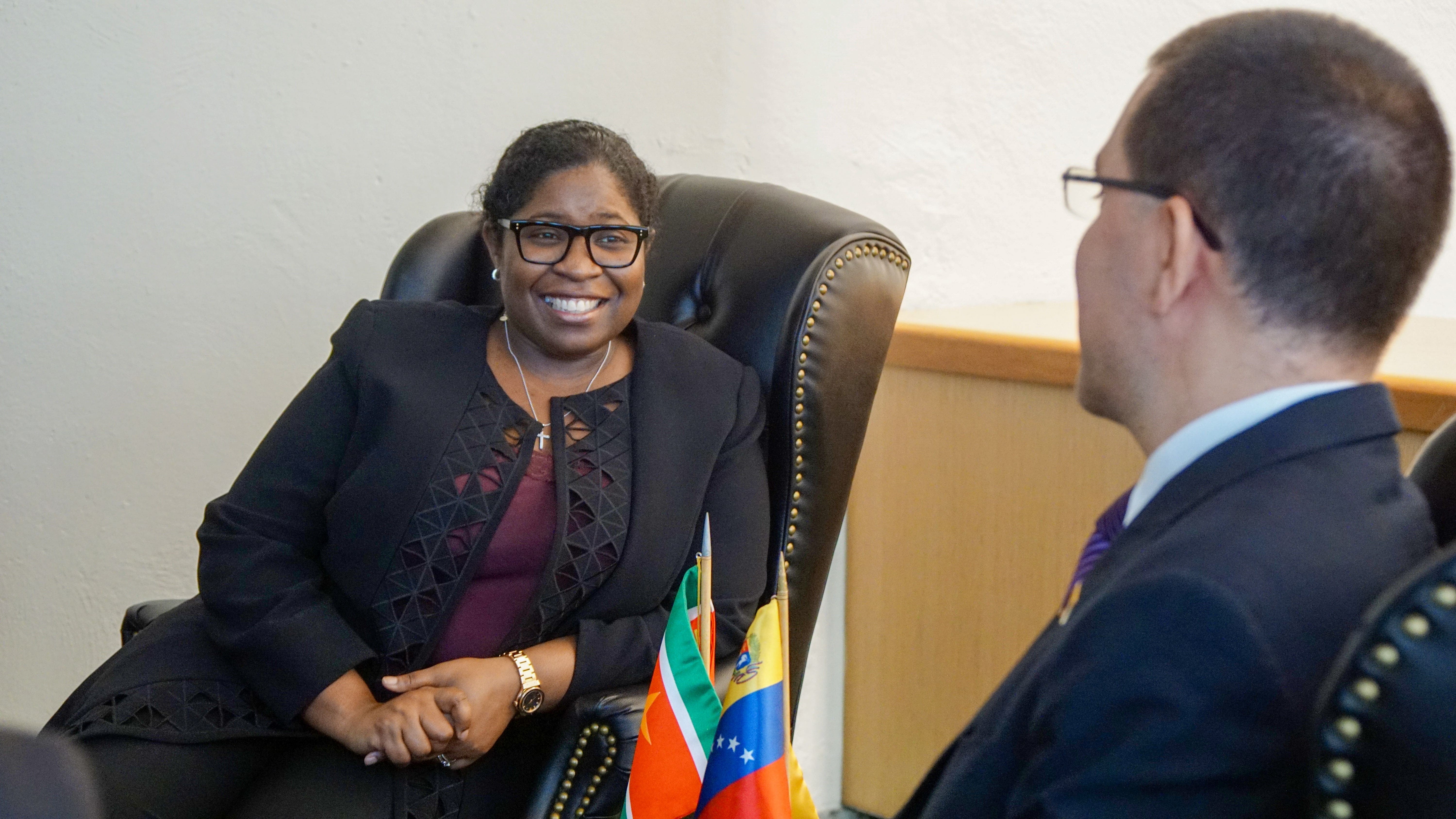 Venezuela and Suriname strengthen relations of cooperation and brotherhood

With the purpose of strengthening the bonds of brotherhood and cooperation already existing between both nations, this Thursday, the Foreign Minister of the Bolivarian Republic of Venezuela held a fraternal meeting with his counterpart from the Republic of Suriname, Yldiz Pollack, which was framed in 74 ° of the General Assembly of the United Nations.

Earlier this month, the Vice-minister for Latin America of the People’s Power Ministry for Foreign Relations, Rander Peña and the accredited Surinamese ambassador in Caracas, Adjako Ruwan, expressed the willingness of their governments to speed up the food, energy and culture agreements which Venezuela and Suriname currently maintain.

They also highlighted the importance of respecting international law and the self-determination of peoples as a fundamental pillar for the advancement and understanding between nations.

The Minister of Foreign Affairs of the Republic of Suriname, Yldiz Pollack, also applauded the dialogue initiatives in the South American country, during her speech at the Meeting of the Coordination Bureau of the Non-Aligned Movement (NAM), held last month of July.

On that occasion, the 120 member states adopted a joint declaration committing themselves to take joint actions to combat the effects generated by the unilateral coercive measures imposed by other countries.