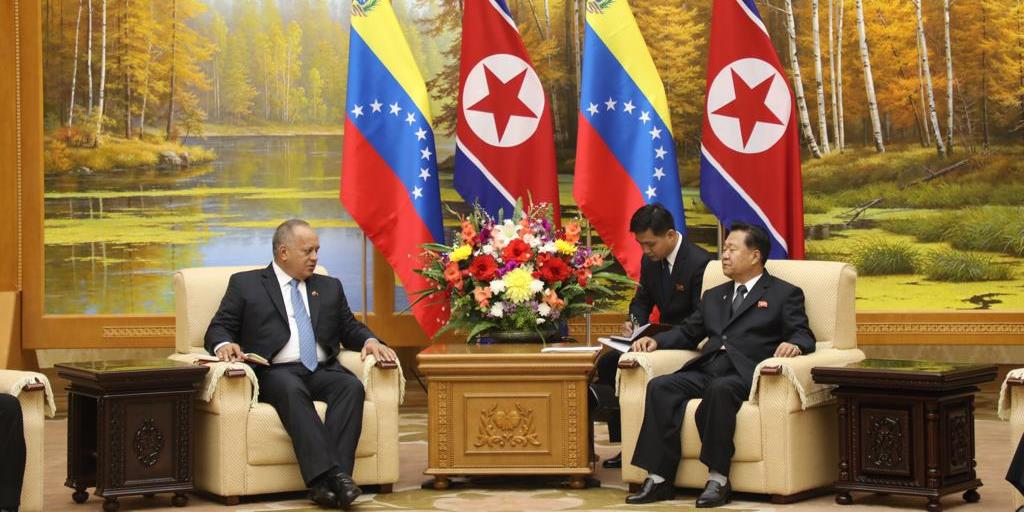 The president of the National Constituent Assembly (ANC) of the Bolivarian Republic of Venezuela, Diosdado Cabello, successfully completed his official visit to the Democratic People’s Republic of Korea (DPRK) that allowed to strengthen ties of friendship and bilateral cooperation.

With a delegation made up of constituents and representatives of the Executive Cabinet, the president of the legislative body held a series of meetings in Pionyang with different leaders of the Asian nation since last September 24.

The first meeting of the agenda, which was held at the Mansudae Palace of Congresses, had as counterpart the president of the Supreme People’s Assembly (APS) of the DPRK, Pak Tae Song.

At this meeting, the president of the ANC explained that the main intention of his journey is to keep expanding relations between governments and their peoples.

Meanwhile, President Pak stressed that since his trip to Caracas in November 2018, mutual understanding has deepened and he vowed that this visit will yield important results for the development of bilateral relations.

Both authorities agreed to make efforts to ensure that the political will of both parties overcome the difficulties imposed by geographical distance and other obstacles.

On September 25, the president of the ANC was received by the president of the Presidium of the Supreme Popular Assembly, Choe Ryong Hae, at the Mansudae Palace of Congresses; and subsequently held talks with the vice president and head of the Department of International Relations of the Central Committee of the Korean Workers Party, Ri Su Yong.

The agenda of the president of the ANC and Vice-president of the United Socialist Party of Venezuela – along with his entourage – also contemplated a floral offering before the statues of presidents Kim Il Sung and Kim Jong Il on Mansudae Hill.