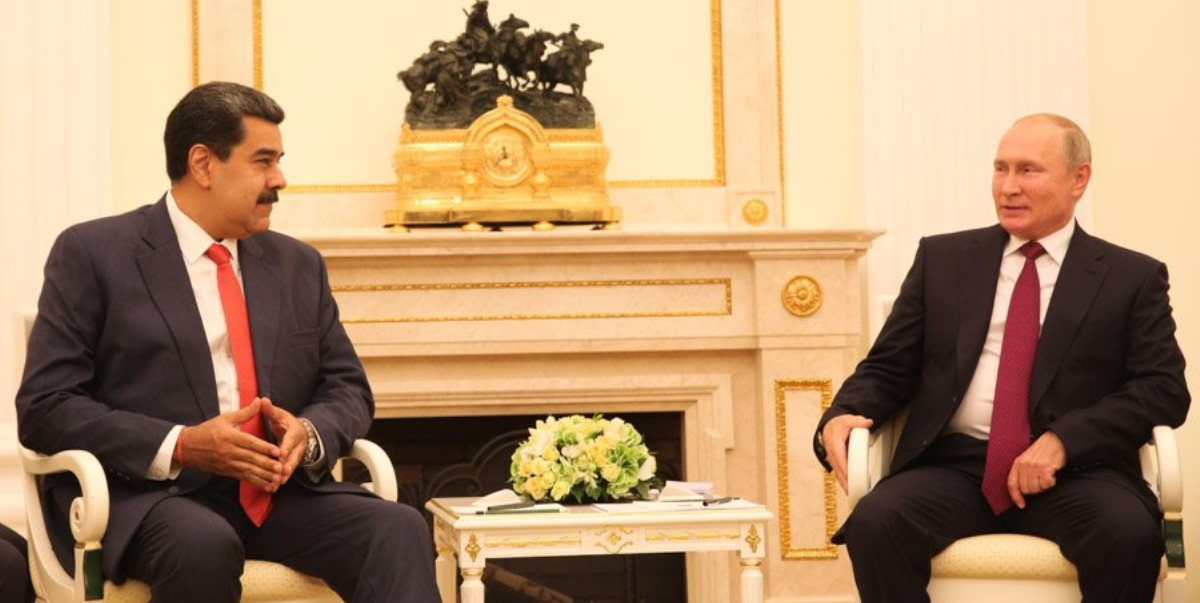 “The Russian Federation ratifies its absolute support for the legitimate government of Venezuela, chaired by Nicolás Maduro”, Vladimir Putin said on Wednesday during a bilateral meeting with President Nicolás Maduro Moros, in the Kremlin House of Representatives, in the city of Moscow.

During the meeting the leader of the Eurasian power reiterated his support for the dialogue as the only way to settle the differences between the government and the Venezuelan opposition.

“Any type of rejection of the dialogue is a damage to the stability of Venezuela”, Putin emphasized.

For his part, President Nicolás Maduro, highlighted the effort made by the Bolivarian Revolution to advance amid difficulties through a map of cooperation with the Russian Federation in various areas.

“This meeting was important because it allows us to review the difficulties, realities and future projects between both nations”.

Maduro arrived in the city of Moscow on Tuesday accompanied by authorities of the executive cabinet and representatives of the economic team with the aim of continuing to strengthen the ties of fraternity and joint work that have been built between Venezuela and Russia.