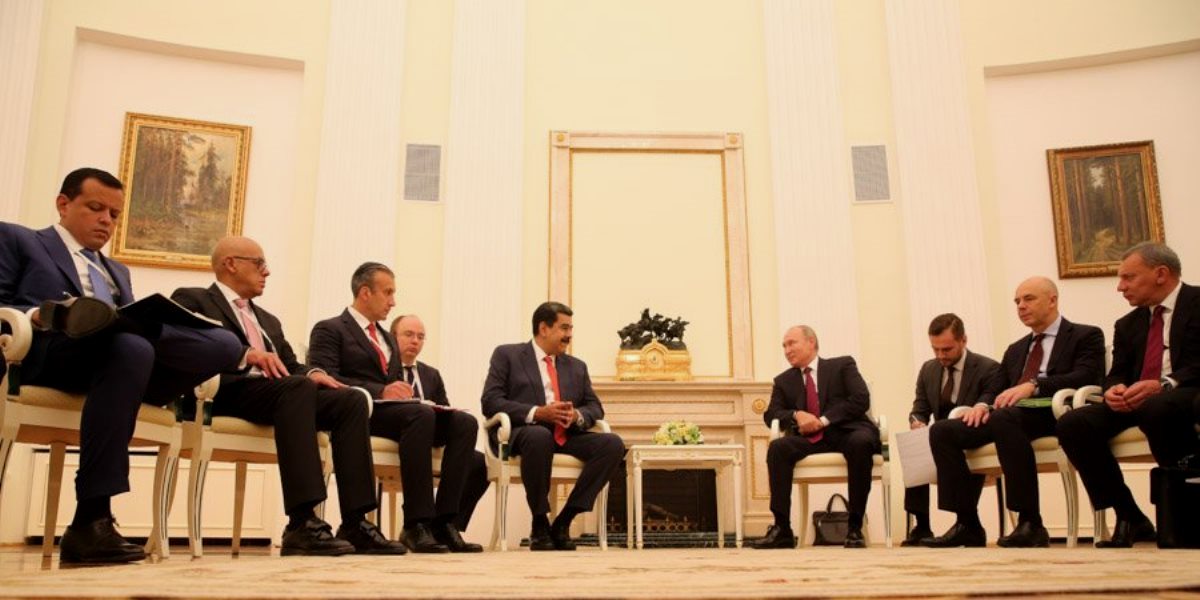 President Maduro meets with his Russian counterpart in the Kremlin

The constitutional president of the Bolivarian Republic of Venezuela, Nicolás Maduro Moros, arrived at the Kremlin, to meet with his counterpart, Vladimir Putin, in the framework of a work visit that seeks to strengthen the cooperation systems between the two nations.

During the meeting both dignitaries ratified their will to strengthen diplomatic relations in the different areas of common interest, which have turned Russia and Venezuela into sister nations, united under the same ideology of the creation of the new multipolar and multicenter world.

In the sixth visit of President Maduro to Moscow, a balance of the strategic alliances with the Eurasian giant is carried out, which translates into more than 260 agreements signed on energy, technology, food, mining, military, among others.

Accompanying the Venezuelan President, were the authorities of the executive cabinet and representatives of the economic team formed by Tareck El Aissami, sector Vice-president for the economic area and president of the High Level Intergovernmental Commission Venezuela / Russia (CIAN), Simón Zerpa, People’s Power Minister for Economy, Manuel Quevedo, People’s Power Minister for Petroleum and President of PDVSA, Jorge Rodríguez, sector Vice-president of Communication, Culture and Tourism and Carlos Faria, ambassador of the Bolivarian Republic of Venezuela to the Russian Federation.