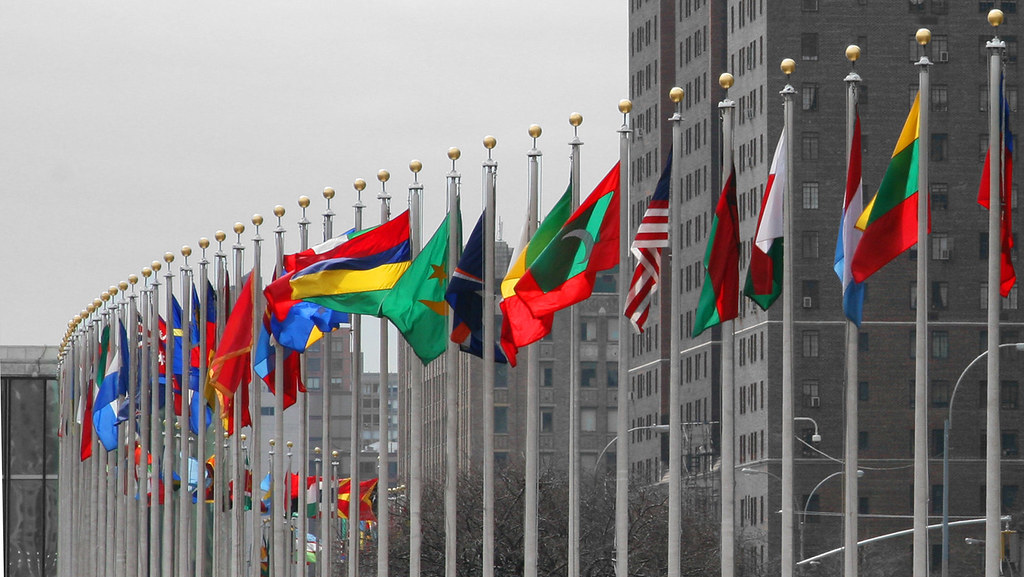 Geneva Conventions and their protocols: The current challenge of multilateralism

Given the emergence of unconventional wars, new technologies and geopolitical conflicts that put at risk the peace and well-being of the people, the Geneva Conventions of 1949 and their Protocols continue to be the guarantee of protection for the victims of such conflagrations.

What are the Geneva Conventions and their Protocols?

They are international treaties with rules aimed at limiting wars and appeasing their devastating effects. Among its objectives is to protect people who do not participate in hostilities such as: civilians, health personnel, members of humanitarian organizations, combat deserters, injured, sick, shipwrecked or prisoners of these conflicts.

The 70th anniversary of the Geneva Conventions represents an opportunity for all states that sign such treaties to take concrete measures to renew their commitment to humanity and ensure respect for international humanitarian law.

History of the Geneva Conventions

When the Swiss businessman, Henry Dunant, witnessed the horrors of the Battle of Solferino, which left 6,000 dead and 40,000 injured, he decided to write a book in which he postulated two revolutionary ideas.

The first contemplated the establishment of relief societies to provide assistance to war wounded.

The second urged the conclusion of an international agreement to protect the injured and medical staff. Finally, his first suggestion motivated the founding of the International Committee of the Red Cross in 1863.

A year later, Switzerland convened a diplomatic conference with the support of the International Committee of the Red Cross in which the first Geneva Convention for the protection of injured on the battlefield was adopted.

In the following years, Switzerland and the International Committee of the Red Cross convened several diplomatic conferences in Geneva that resulted in other international treaties to gradually improve protection for victims.

However, with the devastating balance left by World War II, they evidenced the need to further strengthen these existing provisions and create new rules to protect the civilian population. In response, Switzerland called on states to meet once more in Geneva and join forces for the good of humanity.

Under the guidance of Max Petitpierre, Federal Councilor of Switzerland, the States took four months to agree to review the existing agreements and add a room covering the civilian population. The four Geneva Conventions that emerged were adopted in 1949 and remain valid until today.

Geneva Conventions as a cornerstone of humanitarian law

These conventions represent the cornerstone of international humanitarian law, establishing minimum standards that must be respected in any situation of armed conflict.

At present, the Geneva Conventions of 1949 have been ratified by all countries and for this reason it is one of the most accepted instruments of international law.

In the two decades following the approval of the Geneva Conventions, there was an increase in the number of national liberation wars. In response to this evolution, two additional Protocols were approved in 1977, these instruments reinforced the protection conferred on victims of national (protocol I) and international conflicts (protocol II).

It consists of 64 articles which establish that protection should be given to the wounded and the sick, but also to medical and religious personnel, medical units and medical transport, it also recognizes the distinctive emblems.

This agreement expands the categories of persons entitled to receive the status of prisoner of war, conditions and places for capture are defined; It was also specified regarding the work of the prisoners, their financial resources, the assistance they are entitled to receive and the legal proceedings against them. It establishes the principle that prisoners of war must be released and repatriated without delay after the cessation of active hostilities.

The Geneva Conventions that were adopted before 1949 concerned only combatants, and not civilians. The events that occurred during World War II highlighted the consequences of the absence of an agreement that also protected civilians. This Agreement adopted in 1949 takes this experience into consideration. It consists of 159 articles and contains a brief section on the general protection of the population.

Most of its rules refer to the statute and the treatment that should be given to protected persons.

The Geneva Conventions in Venezuela

Venezuela ratified the four Geneva conventions and two of its additional protocols. Since 1820, the Armistice and Regularization of War Treaty establishes rules regarding the respect of belligerent parties, assistance to injured and sick people and civil protection. Ongoing formation and training in International Humanitarian Law is mandatory by law for members of the Bolivarian National Armed Forces.