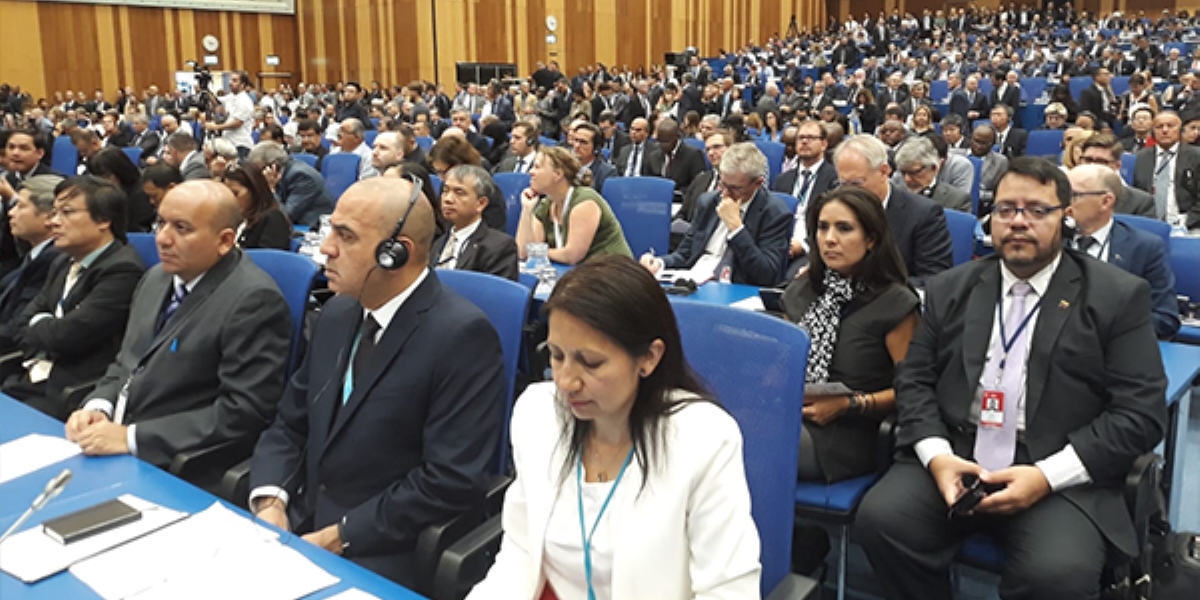 The Bolivarian Republic of Venezuela participates in the 63rd Annual Regular Session of the General Conference of the International Atomic Energy Agency (IAEA), which takes place from September 16 to 20, at the United Nations Office in Vienna, Austria, where High-level officials and representatives of the Member States address issues related to nuclear energy.

At the Conference General debates on the policies and programs of the Agency will be held and resolutions that guide its priorities on issues such as the strengthening of activities related to science, technology and nuclear applications, in addition to Improving the effectiveness of IAEA safeguards and increasing international cooperation in nuclear, radiological, transport and waste safety will be adopted.

The Bolivarian Government of Venezuela continues to reaffirm its commitment in these international spaces, in order to guarantee the strengthening of programs and actions in the field of peaceful use of nuclear energy, non-proliferation and in promoting the elimination of nuclear weapons in order to achieve a safer, peaceful and human world.

Throughout the week, parallel programs will be carried out to show the work of the IAEA and its member States in the peaceful use of nuclear energy. Similarly, the national delegation will participate in certain agenda items in its role of the presidency of Venezuela over the Vienna Chapter of the Non-Aligned Movement (NAM), in addition, the Movement will commemorate the “International Day for the Total Elimination of Nuclear Weapons”, One of the most important challenges of this century and which must remain as a priority for the United Nations and its member States.