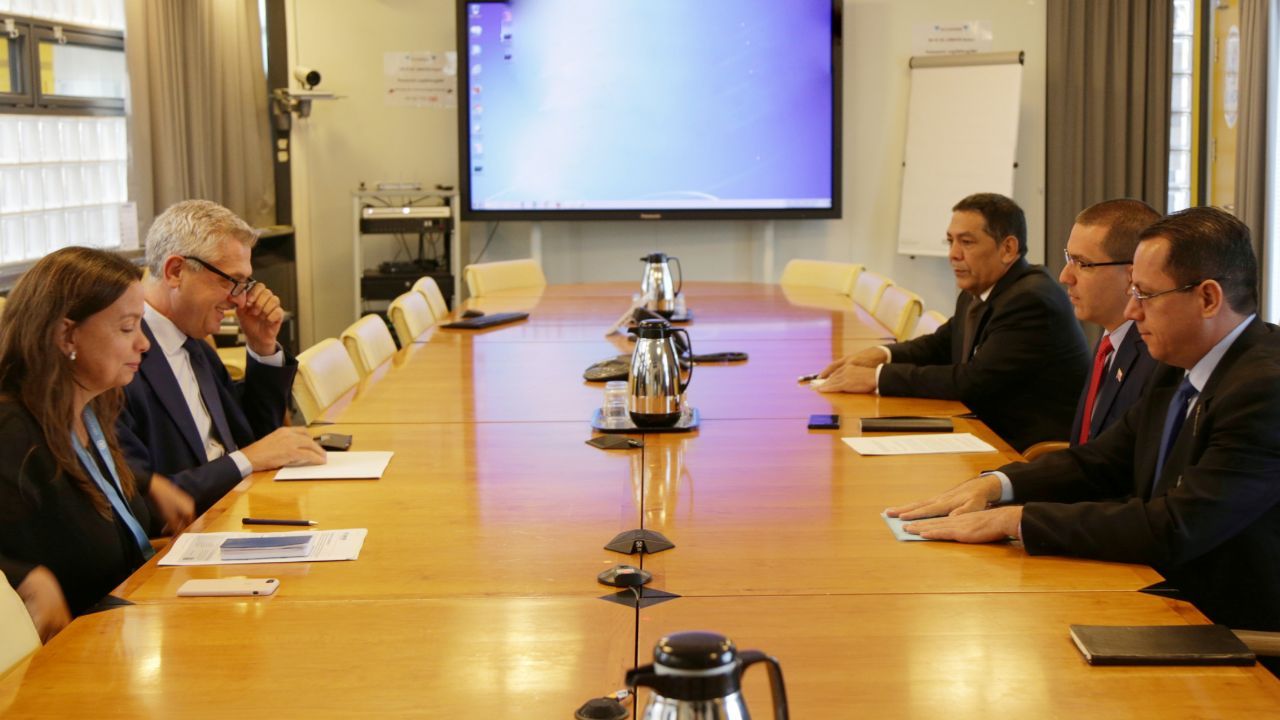 In the context of the 42nd session of the Human Rights Council of the United Nations Organization, which takes place in Geneva, Switzerland; The People’s Power Minister for Foreign Relations, Jorge Arreaza, met on Friday with Filippo Grandi, UN High Commissioner for Refugees (UNHCR), with whom he discussed issues related to the scope of this multilateral agency.

“We had a frank meeting with the United Nations High Commissioner for Refugees, Filipo Grandi. We express our firm State positions in the field of human mobility and agree to deepen communication and continue joint cooperation”, wrote the diplomat on his Twitter account @jaarreaza.

The Venezuelan Foreign Minister was accompanied by the Vice-minister for Multilateral Issues, Alexander Yánez, who, precisely on August 26 and 27, had met, in Caracas, with representatives of all UN agencies in Venezuela to review existing cooperation plans between the Bolivarian Government and these international offices.

In this meeting, Vice-minister Yánez reported that a humanitarian response plan is articulated with the UN and it will help combat the devastating effects of the unilateral coercive measures imposed by the United States government upon the Venezuelan people.

The negative effects of unilateral coercive measures in the exercise of human rights, including the right to development, have been the subject of the agenda of the 42nd session of the UN Human Rights Council, where it has been proposed to create an universal declaration to prevent them from being applied from one country to another, due to their flagrant violation of international law.