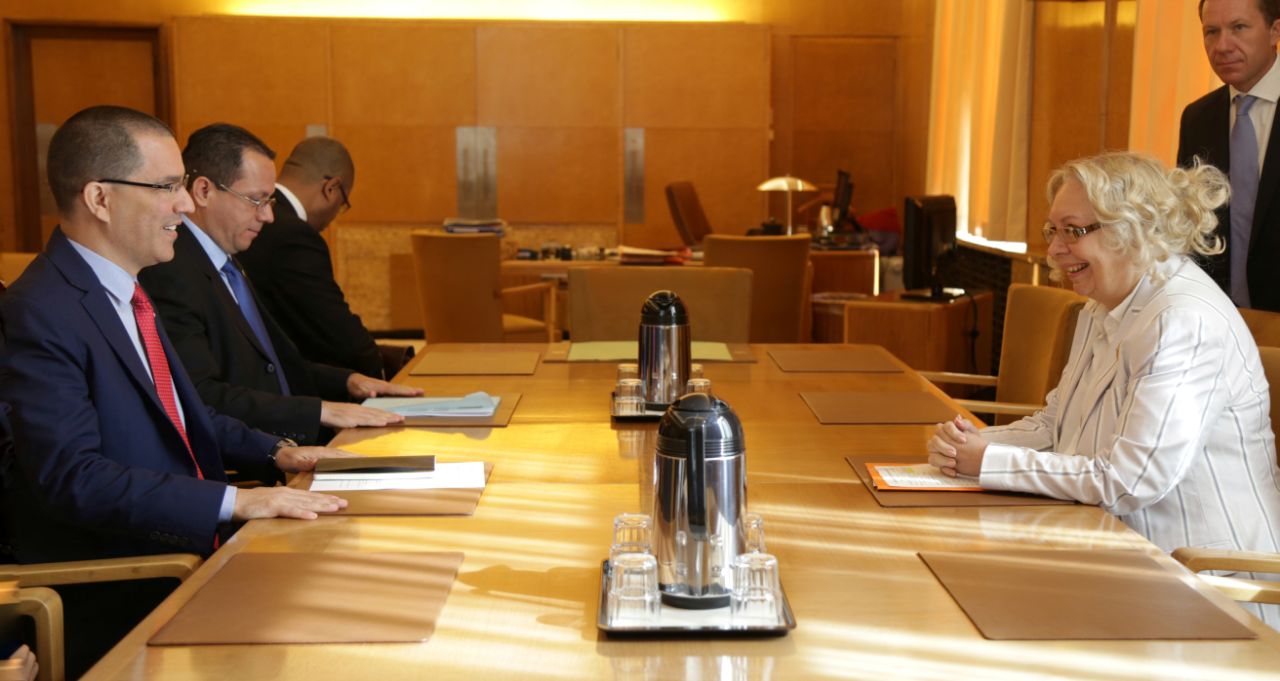 The People’s Power Minister for Foreign Relations, Jorge Arreaza, held a working meeting on Friday with the new Director General of the Office of Nations in Geneva, Tatiana Valovaya.

During the meeting – held within the framework of the 42nd session of the Human Rights Council – the progress of cooperation achieved by Venezuela and the various UN specialized agencies in favor of the Venezuelan people was evaluated.

In his recent intervention before the international organization, the Foreign Minister explained how the unilateral coercive measures applied by the United States government seek to collapse the economy and make it difficult for the Venezuelan State to meet the needs of the population.

However, he stressed that the Venezuelan government through the Assistance Plan for the Victims of the Blockade and the Economic War is attending to the most vulnerable Venezuelans.

He also recalled that recently the Non-Aligned Movement (NAM) adopted a resolution to prevent States from applying and maintaining these illegal measures that are contrary to international law and the “spirit of the United Nations Organization”.