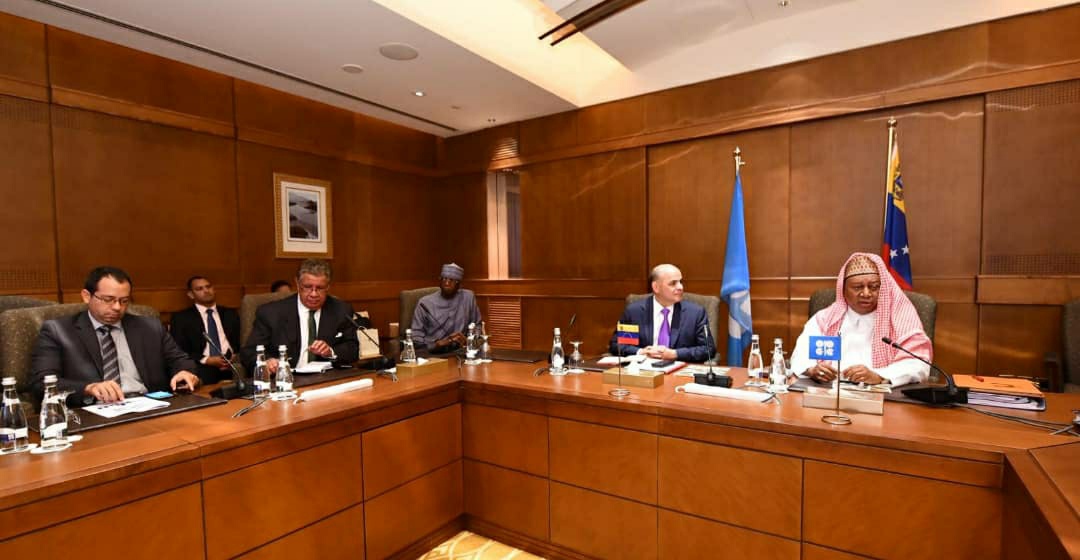 Within the framework of the World Energy Congress, the People’s Power Minister for Petroleum and president of Petróleos de Venezuela, S.A. (PDVSA), Manuel Quevedo, held important meetings with his counterparts from Nigeria, United Arab Emirates and Saudi Arabia, in preparation for the 16th Meeting of the OPEC + Joint Monitoring Ministerial Committee.

The meeting was conducive to establish the different strategies to be implemented by the OPEC and non-OPEC countries, in defense of the stability of the world oil market.

During the day, the new Minister of Energy of Saudi Arabia, Abdulaziz Bin Salman, expressed his intention to continue leveraging the Declaration of Cooperation of Voluntary Adjustment of Petroleum Production promoted by Venezuela and signed at the end of 2016.

Minister Manuel Quevedo also held a meeting with OPEC Secretary General Mohammad Barkindo, where he analyzed the world oil situation for the last four months of 2019 and the prospects for the year 2020.

The OPEC + Joint Mining Ministerial Committee meeting will be held on Thursday, September 12, 2019 in Abu Dhabi, the capital of the United Arab Emirates.