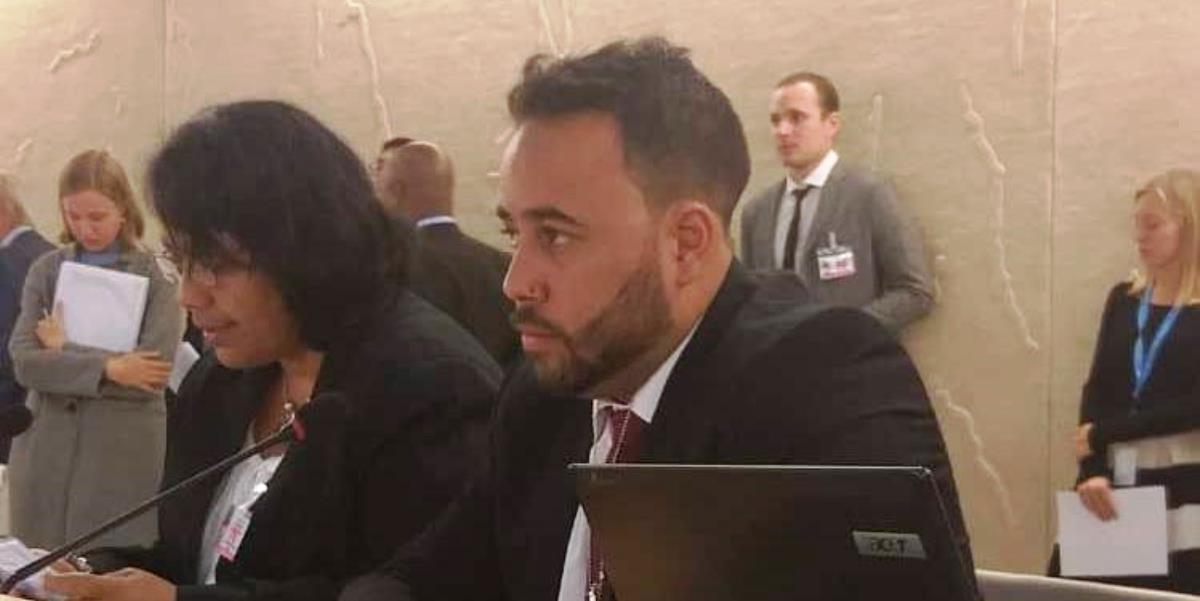 In the framework of the 42nd Session of the Human Rights Council of the United Nations Organization (UN), in Geneva, an interactive dialogue was held on Monday with the intervention of the Secretary General of the International Solidarity Committee (COSI), Gabriel Aguirre, and the delegation of the Bolivarian Republic of Venezuela, who warned of mercenary and paramilitary forces that intend to enter the country with the aim of destabilizing peace in Venezuela.

The Secretary General of COSI said that in 2019, before different international bodies “national authorities and human rights organizations have denounced the presence of mercenary forces responsible for serious human rights violations. These events took place on February 23 with the attempt to enter ‘humanitarian aid’ in collusion with the opposition of the country and, on April 30, through the mobilization of troops and mercenaries in the opposition’s insurrection attempt”.

At the same time, Aguirre asked the Council to investigate the presence of these mercenary groups, placing as a principle the defense of the right to self-determination of the peoples. In this regard, he stressed that “last June, various international news agencies published evidence that shows that the international military security agency Blackwater is forming a mercenary army of about 4,000 men, including paramilitary groups in Colombia”.

The delegation of Venezuela to the UN pointed out that, “on August 31, the Bolivarian Government denounced with reliable evidence about the training of paramilitaries in the Colombian territory, with a view to committing terrorist acts in Venezuela, whose purpose would be to overthrow the legitimate government of the president, Nicolás Maduro”.

The national representation recalled that President Maduro recently declared an orange alert on the border with Colombia, because of the threat that exists against our country.

Finally, he regretted the imminent return of violence in Colombia, which they intend to drive against the Venezuelan people to promote the destabilization of the country.