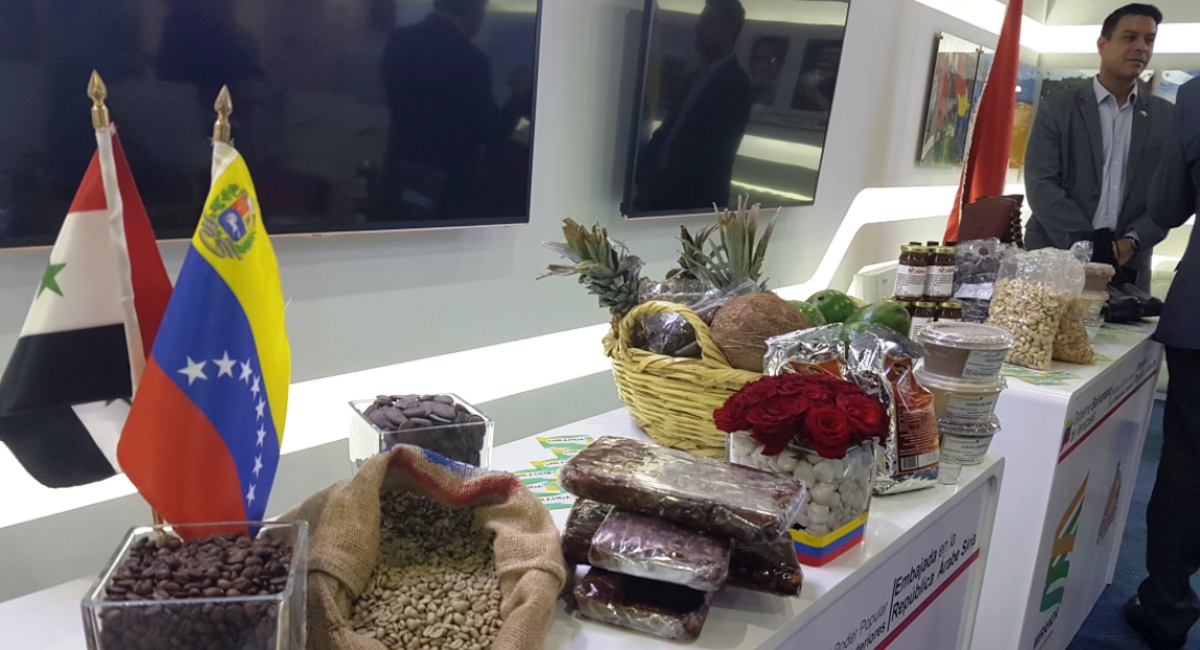 Despite threats of the United States government to sanction foreign people and companies that approach President Bashar al-Assad, on Wednesday, August 28, the 61st edition of the Damascus International Fair was inaugurated, with the participation of more than 820 companies from 38 countries and about 600 from Syria.

The stand of Venezuela exhibits agricultural products, food, construction materials, manufacturing, an exhibition of photographs of the emblematic landscapes of the cities of Venezuela, video projection of the mining wealth, hydrocarbons and gas of Venezuela, tourism, traditions and cultural traditions of the Venezuelan people.

In this context of the exhibition, Ambassador José Gregorio Biomorgi, Vice-minister Magaly Henríquez and the representation of the Government of Miranda state have attended the stand of different businessmen who participate in the International Fair. They have also received visits from representatives of the Syrian government, such as the Prime Minister, Imad Khamis; the Minister of Economy, Samer al – Khalil, deputies of the Syrian people, directors of the fair. They have also visited the stand of media professionals, accredited diplomats, exhibiting entrepreneurs and people in general.

Visitors are given informational and dissemination material in the Arabic and English languages ​​about the damage and economic losses caused by the measures decreed by the administration of Donald Trump. The material contains information on what the Bolivarian Government does to stop or counteract some of these illegal measures imposed by the US.

The participation in the 61 International Damascus Fair aims to reiterate the solidarity of the people and government of the Bolivarian Republic of Venezuela to the people and government of the Syrian Arab Republic. Also with the presence of the Government of Miranda and the Vice-minister of Eco-mining Investment seeks to explore the proposals of the different companies (both public and private participants) that could open import and export market with Venezuela or exchange production experiences.

The Damascus International Fair represents an opportunity for the Syrian government to rebuild and seek the recovery of Syria’s economic fabric.