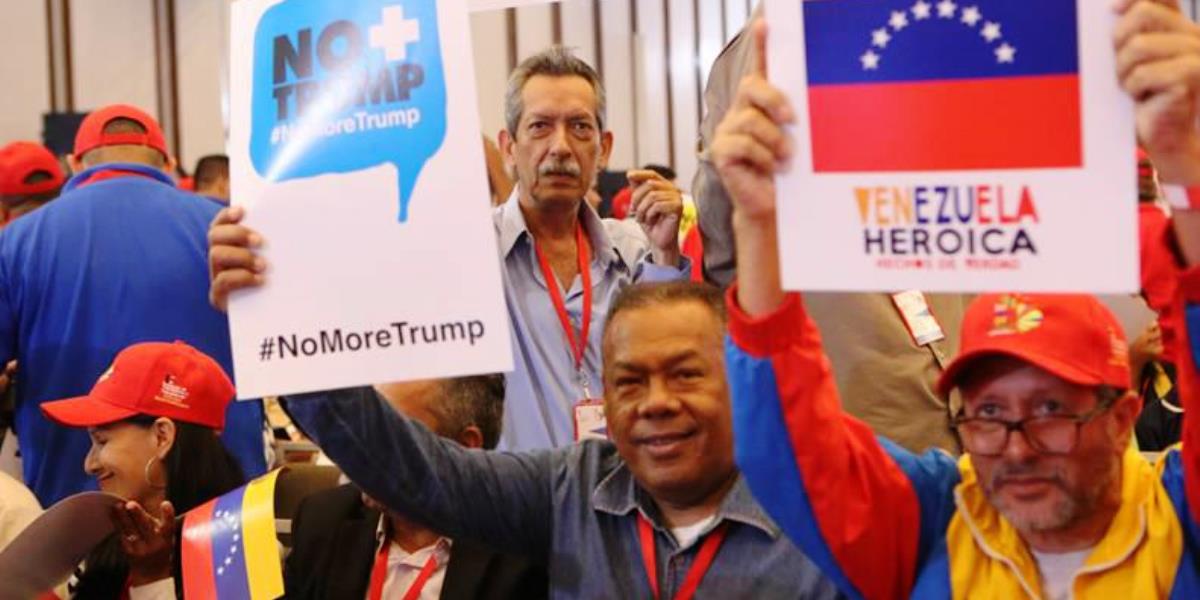 Regarding the 1st International Meeting of Workers, which takes place in the city of Caracas, special guests from different parts of the world expressed their rejection to the economic blockade imposed by the president of the United States, Donald Trump, against the people of Venezuela.

The representative of El Salvador, Sonia Urrutia, said that sovereign countries must defend their independence. “We cannot allow the US to arrive in our nations and impose against us, we must make an international call to all countries to unite in defense of our independence”, she said.

Likewise, the representative of the National Front of Popular Resistance of Honduras, José Luis Macherano, condemned the unilateral coercive measures of the US Government. “We condemn the economic blockade imposed by Donald Trump on this nation. Let the people make their own decisions without interference from US imperialism”, he said.

On the other hand, Iván Sánchez, worker of Petróleos de Venezuela (PDVSA), said that more than 65 delegates from different parts of the world say that Venezuela is not alone.

He added that the coercive measures imposed by the US “will not break the morale to continue our struggle to build a new homeland, where we all have the right to a good life … the people is with President Nicolás Maduro”.