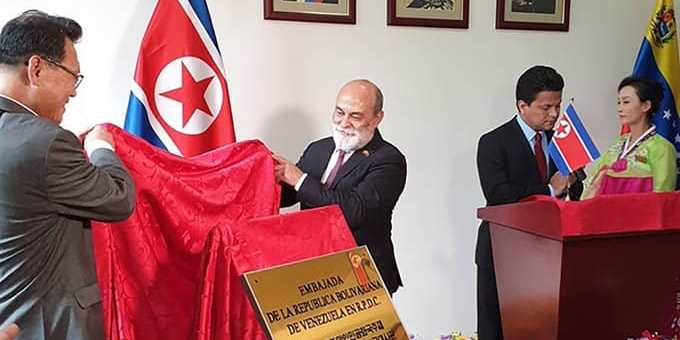 The government of the Bolivarian Republic of Venezuela on Wednesday opened its Embassy in the Democratic People’s Republic of Korea (DPRK), with the vision of expanding the ties of friendship and cooperation between Caracas and Pionyang.

The opening ceremony took place in the capital Munsu-dong neighborhood and was chaired by the Vice-minister for Asia, the Middle East and Oceania of the People’s Power Ministry for Foreign Relations, Rubén Darío Molina, and the Vice-minister of Foreign Affairs of the DPRK, Pak Myung Guk

The South American and Asian nations have deepened the bilateral approach in recent years.

At the end of 2018, the president of the Assembly of the Democratic People’s Republic of Korea, Kim Yong Nam, visited Venezuela with the aim of strengthening ties of mutual cooperation in economic and commercial matters.