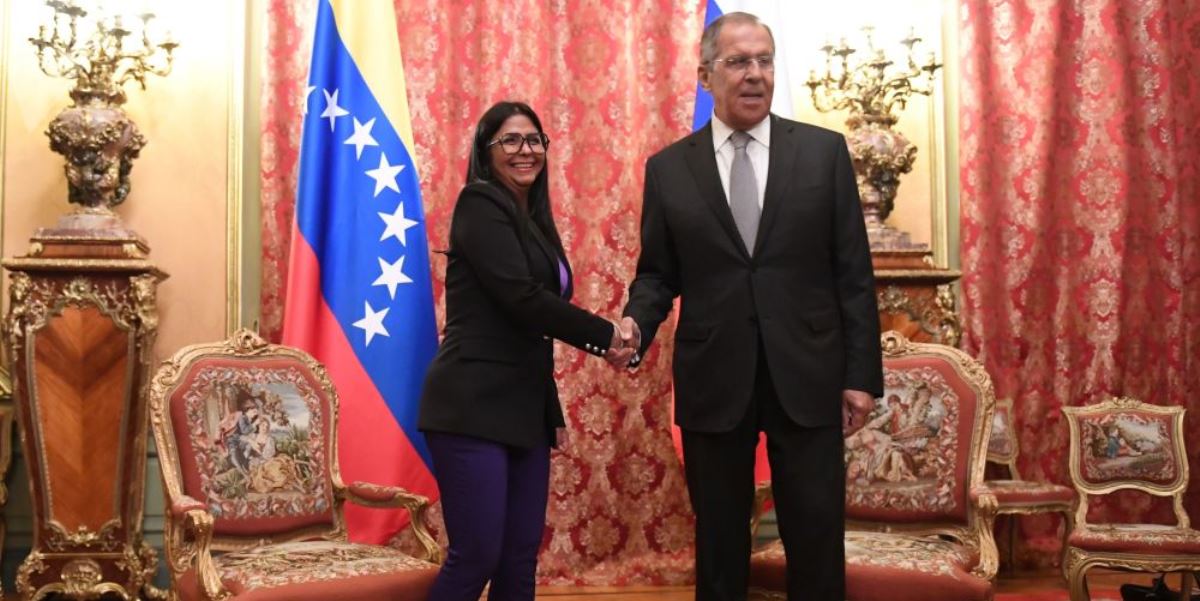 With the intention of strengthening economic and cooperation agreements between the Bolivarian Republic of Venezuela and the Russian Federation, Executive Vice President Delcy Rodríguez held a meeting with Foreign Minister Sergey Lavrov in Moscow.

In this regard, Rodríguez indicated that progress has been made on new agreements between the two nations.

“The exchanges between Venezuela and Russia are getting closer and more frequent. I had the opportunity to review the cooperation agenda with the co-president of the High Level Intergovernmental Commission and the Vice President, Yuri Borísov, and we are moving very well”, She said.

Likewise, the Executive Vice President affirmed that the illegal sanctions of international governments have become the extraordinary step to increase cooperation with the Eurasian nation.

“We are stronger and more united. We have our bilateral and multilateral agenda up to date”. She said.

It is important to note that during her stay in Russia, Vice President Rodríguez has spoken with senior Russian officials to continue strengthening the alliances between the two countries.

Let’s recall that the Venezuelan official arrived to Moscow in the company of the Minister for Economy and Finance, Simón Zerpa, the Vice Minister for Europe of the Ministry of Popular Power for Foreign Affairs (Mppre), Yván Gil and the Vice President of the Central Bank of Venezuela (BCV), Sohail Hernandez.