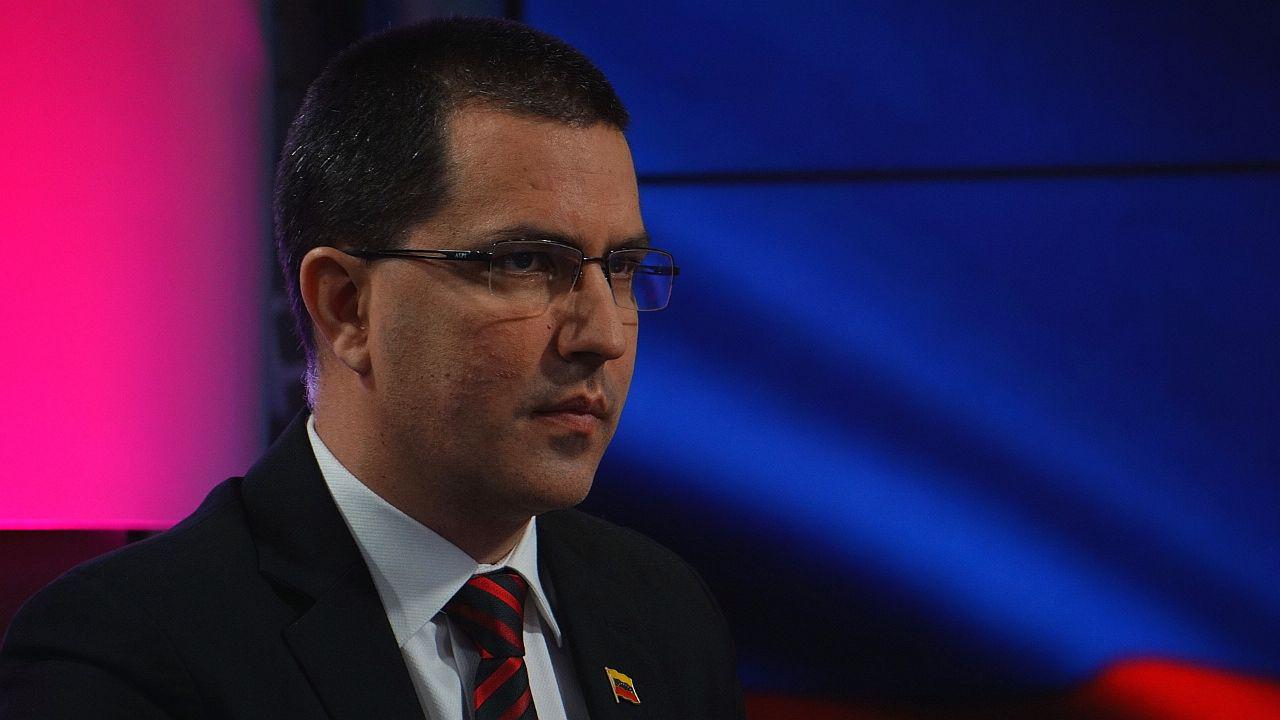 Foreign Minister Arreaza: Duke will talk about Venezuela at the UN while massacres proliferate in Colombia

The People’s Power Minister for Foreign Relations, Jorge Arreaza, spoke on Tuesday refering to the unwise accusations of the President of the Republic of Colombia, Iván Duque, towards the Venezuelan government and his eagerness to intervene on the podium of the United Nations General Assembly (UN), again to make debate about Venezuela, while the peace process of his country fails and terrorist groups and massacres proliferate.

“Again, the Colombian Sub-president will talk about Venezuela at the United Nations General Assembly (UN), while his people and the world await explanations about the failure of the peace process, the fight against drugs and the proliferation of terrorist groups and massacres in his country”, said the Venezuelan Foreign Minister through his Twitter account @jarreaza.

This publication arises in response to the accusations of the Colombian president, who claims that he will denounce the alleged protection and sponsorship of Colombian terrorist cells in Venezuelan territory next September.

It is necessary to highlight that since 2016 after the signing of the Peace Agreements between the National Government and the Revolutionary Armed Forces of Colombia (FARC-EP), more than 750 Colombian social leaders have been killed, just for defending the rights of communities to a dignified life, the preservation of their territories and the restitution of their lands.

The International Committee of the Red Cross (ICRC) warned a few months ago about the deterioration of security conditions in the most remote areas of the Republic of Colombia, the persistence of at least five internal armed conflicts, and the risks faced by migrants especially in areas affected by the conflagration.

Last year, President Iván Duque also used great part of his speech in the international organization to talk about the Venezuelan migration situation, while Colombia is, contradictorily, one of the countries with the highest rate of displaced people in the world.