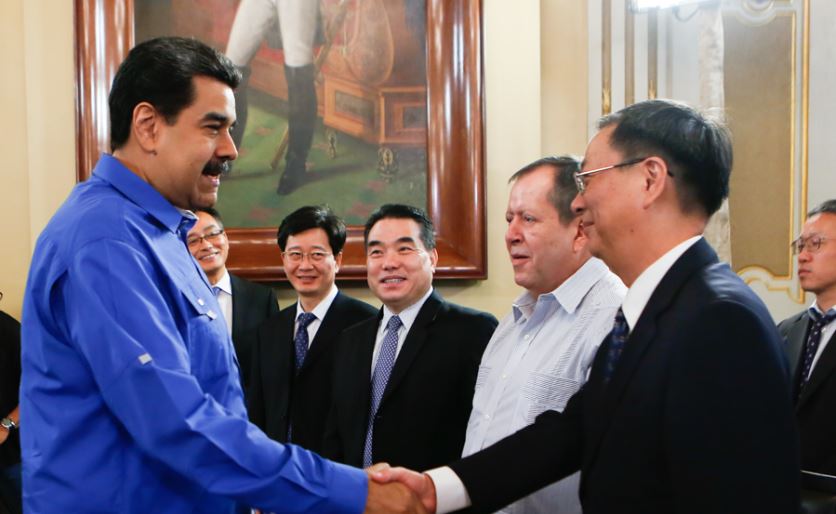 China and Venezuela share the same revolutionary and multi-polar vision

The Bolivarian Republic of Venezuela and China share the same principles of brotherhood, cooperation and mutual benefit, in order to consolidate a fruitful relationship in favor of the peoples of both nations, said on Thursday the President of the Republic, Nicolás Maduro.

From the Simón Bolívar Hall of the Miraflores Palace, he stressed that the South American and Asian nations for two decades base their cooperation ties on respect and with a futuristic approach that imperial countries such as the United States (USA) do not understand, product of the hegemonic vision that they promote.

“The principles of the new world, of the humanity of the 21st century are already established. Respect, non-intervention by states, non-hegemonism, world cooperation, peace. In the case of China and Venezuela, these principles are well consolidated”, he said during a productive day.

On Wednesday, the spokeswoman for the Chinese Foreign Ministry, Hua Chunying, set a position against the executive sanction issued by the US empire against Venezuela to freeze government assets in the US country.

The official said that her country opposes US interference in Venezuela’s internal affairs and urged Trump to stop his intimidating behavior by deliberately repressing another country.

In that sense, she called on the US to evaluate “soberly the essence of the Venezuelan problem, return to the path of respect for international law, support the dialogue between the authorities and the people and allow the Venezuelan people to choose their own future”.

On the other hand, on the occasion of commemorating on October 1, 70 years of the founding of the People’s Republic of China, the President of Venezuela said that the country will join the celebration “in style”.