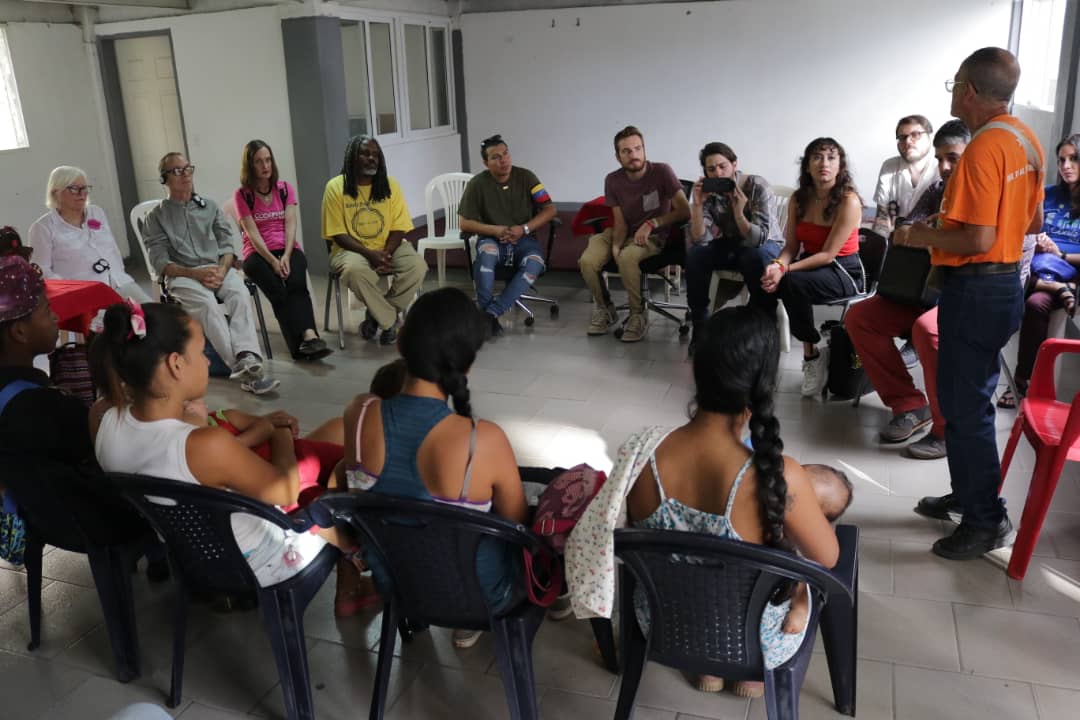 The concern or desire to know the popular areas of the Bolivarian Republic of Venezuela was what led the members of the Collective for the Protection of the Venezuelan Embassy in Washington to the Pika Camp Kaika Shi (Sun and Moon in Wayuu Language) on Thursday, an urban planning erected through the model of self-construction houses in western Caracas.

From the place, the activists were able to verify the organization of the Venezuelan people not only to satisfy the need of housing for dozens of families, but also to counteract the harmful effects of the unilateral coercive measures imposed by the United States government.

“It’s something we would like to see in the United States, that there is enough support for the people to organize themselves and create a community like this, it has been very moving, they have given us an example”, said Jazmin Rumbant, a member of the Embassy Protection Collective.

After the tour, which started with the screening of a documentary that tells the history of urban planning, the activist Patrick Milan, from the Veterans for Peace organization, emphasized that the popular organization is a clear manifestation of the fight against the so-called sanctions .

The local community, for its part, thanked the members of the Embassy Protection Collective, a coalition made up of US citizens of various organizations and social movements, for defending the former Venezuelan diplomatic headquarters for several weeks in Washington.