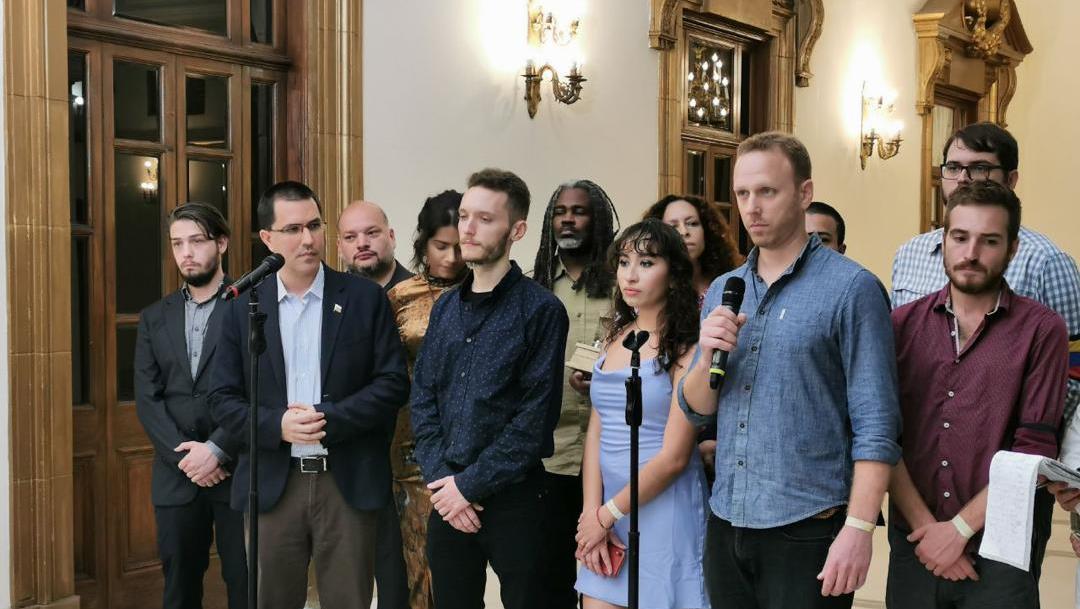 North American activists in Miraflores: We will stay alongside Venezuela in its anti-imperialist struggle

The North American activists members of the Collective for the Protection of the Venezuelan Embassy in Washington who visited the Constitutional president Nicolás Maduro Moros in Miraflores on Tuesday said they will continue the anti-imperialist struggle for respect for Venezuelan sovereignty and in rejection of the attacks of their government.

Patricia “Paki” Wieland, a leader who thanked the receptivity of the Head of State, said that her group’s job is to preserve justice and international law to protect Venezuela, “oppressed by our government”.

Foreign Minister Jorge Arreaza, who accompanied the activists to the brief press conference at the exit of Miraflores, informed that the group was recognized by the Venezuelan Head of State with the delivery of the replica of the Saber of Simon Bolivar, used by the Liberator in the Battle of Carabobo.

Arreaza said that the gesture is part of the thanks for the brave defense they made of the Venezuelan territory in Washington, and despite the fact that the authorities of that country assaulted and raided the diplomatic premises, “these men and women gave a battle for peace, for Venezuela, for respect for international law, equality between states and peoples and for a better world”.

“Let’s keep fighting and articulating ourselves and sooner than later, as President Allende said, large malls will be open for the American people”, he said.

The US is the regime to change

For his part, the journalist Max Blumenthal, an independent communicator who, along with other alternative professionals, documented the defense of the Venezuelan embassy and the aggression of the Washington authorities while assaulting the diplomatic headquarters, said that the US government is promoting a very dangerous foreign policy for the free countries of the world, trying to forcefully establish a “regime change”.

He said the world knows how catastrophic those policies have been implemented in the Middle East, Syria, Libya, Iraq, Afghanistan, Korea and other parts of the planet, which have been denounced again and again.

“We are here also to fight and question the blockade that is being imposed on the Venezuelan government and also to the US people by preventing them to have contact with the Venezuelan, in the construction of a new society based on the principles of the Bolivarian Revolution”, he said.

The alternative journalist endorsed the words that President Maduro transmitted to him during the meeting held in the office, in relation to the sufferings that the people of the United States are going through because of an imperial government that does not care for the most vulnerable.

“We say that we must stop the empire and its abuses and if there is a regime that we must change, it is the one in the US”, he said, finally.

The Collective for the Protection of the Embassy is an organization made up of activists from various organizations and social movements, such as Veterans For Peace, Popular Resistance, Mintpress News, Codepink, Answer Coalition and Black Alliance For Peace and Grayzone. 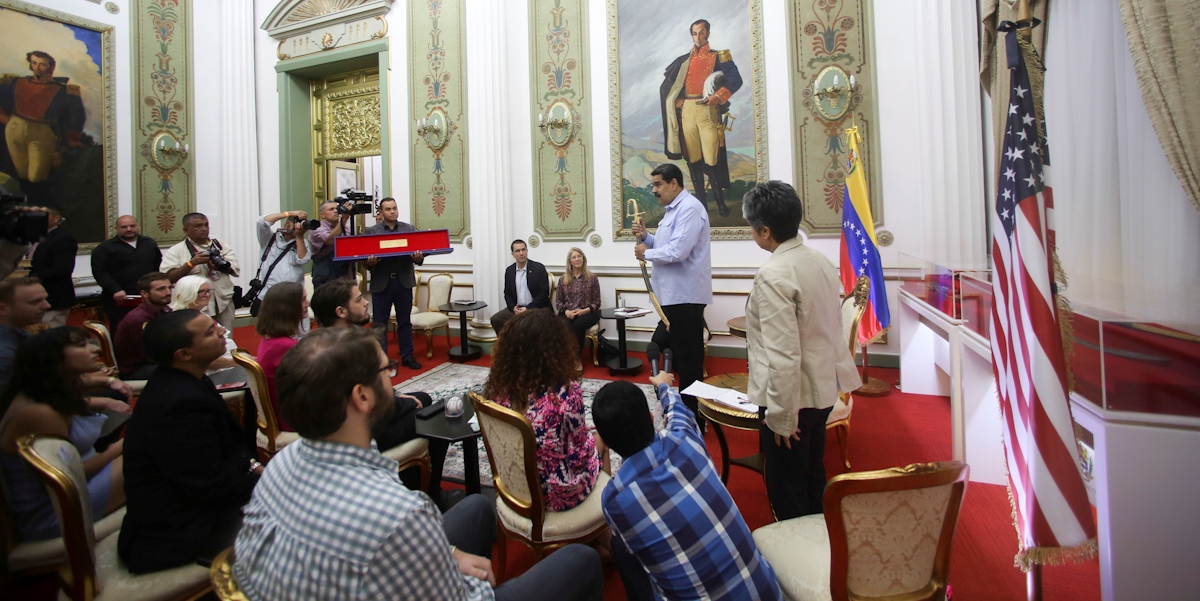