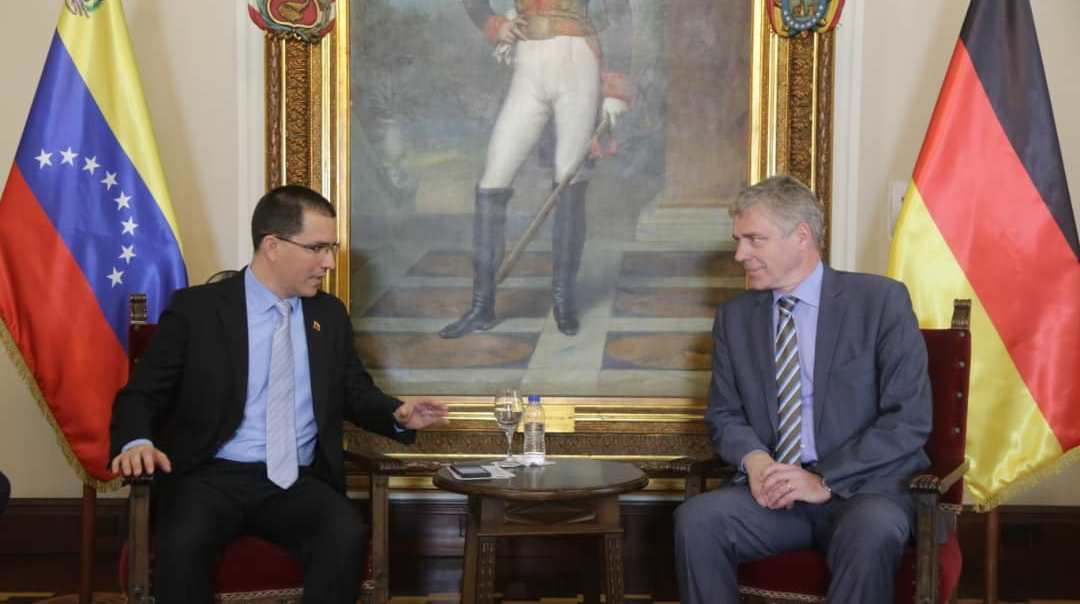 Venezuela and Germany evaluate recomposition of their bilateral agenda

This Friday at the Yellow House Antonio José de Sucre, the Foreign Minister of the Bolivarian Republic of Venezuela, Jorge Arreaza, again received the German ambassador, Daniel Kriener, after the recomposition of diplomatic relations with the Federal Republic of Germany.

“We will maintain direct communication and try to rebuild a large agenda of bilateral cooperation”, wrote the People’s Power Minister for Foreign Relations through his Twitter account @jarreaza.

Last March in a statement from the Bolivarian Republic of Venezuela, the German representative was declared as a non-welcome person and subsequently expelled by the Venezuelan government after relating to the conspiracy agenda developed by the extremist sectors of the Venezuelan opposition.

Kriener was one of the diplomats who received Juan Guaido at the Maiquetía International Airport, when he was returning from an alleged tour of some Latin American countries, after discarding a ban on leaving the country given by the Supreme Court of Justice (TSJ).

“The activities of Mr. Kriener not only contravene essential rules governing diplomatic relations, but also contradict the clear criteria expressed by the legal service of the German federal parliament itself, which has established by public report that the position of the German government in the current Venezuelan political situation constitutes an act of interference in internal affairs, as it is also considered a hostile and unfriendly act that comes to add to other actions of gross interference in internal affairs of Venezuela”, says the document.

In July, the Venezuelan government decided to invalidate this statement, after having held several contacts with the government of the European country that resulted in the beginning of a process of normalization of diplomatic relations between the two States.