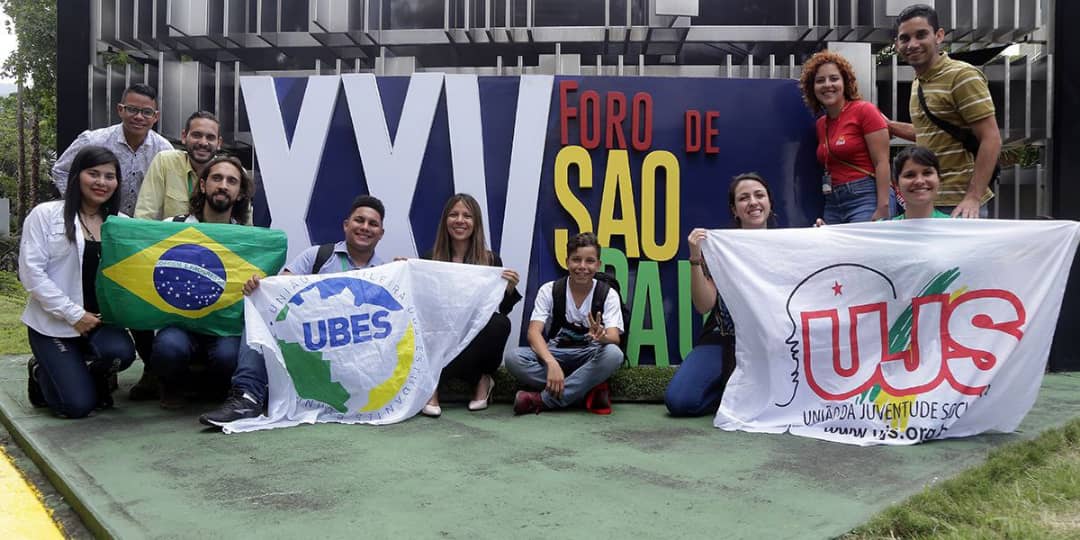 The immediate cessation of the illegal economic blockade imposed by the United States government to the Bolivarian Republic of Venezuela is a common request by various delegates from different nations attending the XXV Meeting of the Sao Paulo Forum, which is held in Caracas under the motto “For Peace, Sovereignty and Prosperity of Peoples”.

Narciso Isa Conde, of the Caamañista Left Revolutionary Movement of the Dominican Republic, denounced that the blockade is “one of the highly violating resources of the Human Rights of an entire nation” and is being applied “brutally” against Bolivarian Venezuela, accompanied, also, of an economic sabotage and of a process of destabilization “truly brutal”.

“We congratulate the Venezuelan people for their firmness, for the way they face the aggression of the Donald Trump administration”, said the political leader.

Meanwhile Fernando Cebamanos, president of the Broad Front for Democracy of Panama, stressed that his visit to the country in the framework of the XXV Forum in Sao Paulo is a sign of solidarity with the “heroic” people of Venezuela, who esists a “cruel” economic-financial blockade imposed unilaterally by the White House.

From this same perspective, Gloria La Riva, from the American Socialism and Liberation Party, spoke.

The American leader emphasized, in this context, her rejection of the United States support for the seditious plan that began in Venezuela on January 23 with the self-proclamation of the opposition deputy Juan Guaidó as “interim president” of the Latin American nation; and condemned Washington’s foreign policy towards other sovereign states.

“We have the greatest responsibility to fight against the Washington government for its criminal actions against peoples that are independent, sovereign, such as Venezuela, Cuba, Iran, Syria […] We tell any country that is threatened: we are with you and more determined than ever”, she said.

The Government of the United States has imposed in recent years a series of unilateral coercive measures to the Bolivarian Republic of Venezuela, which has resulted in the blocking of more than 5 billion dollars of the Venezuelan State in the international financial system, not including the value of Citgo, a subsidiary of State-owned PDVSA arbitrarily confiscated by the Donald Trump administration.

The young Brazilian Carina Vitral, from the Union of Socialist Youth of Brazil, expressed her solidarity and strength to the Venezuelan people in their fight against this financial siege.

“From Brazil we are with Venezuela in this fight”, he exclaimed.

In this year’s meeting, debates and reflections are planned on the issues of the progress of neoliberalism and imperialism in the world and in the region, with its consequences such as the increasing poverty, threats to democracy and peace, attempts at economic, political, social and even military interference in the region of Latin America and the Caribbean.