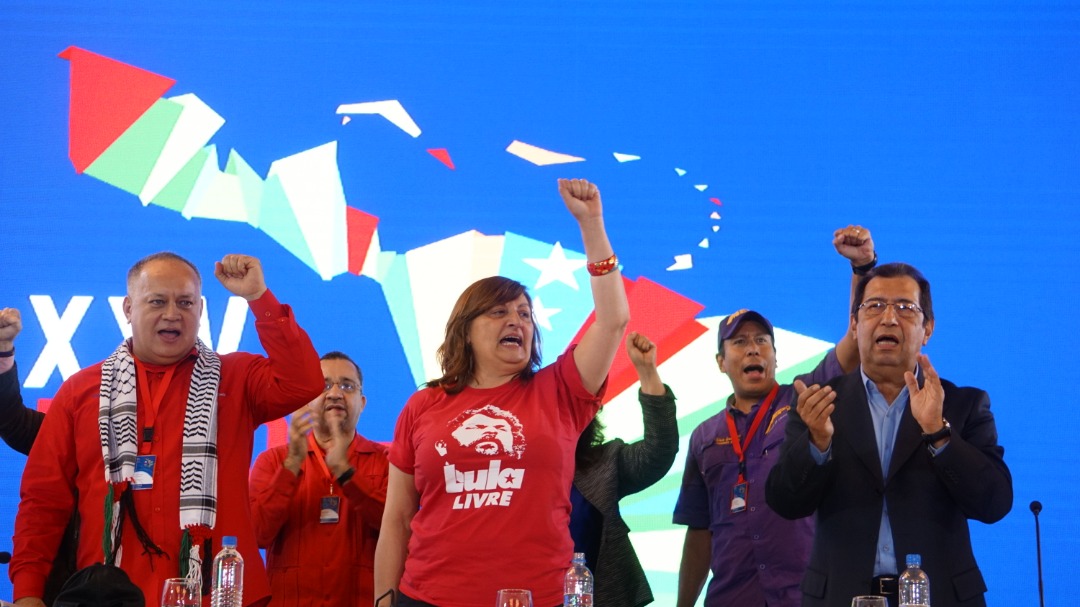 This Thursday, the XXV edition of the Sao Paulo Forum was inaugurated in Caracas, Venezuela, with the participation of delegates belonging to left-wing parties and social movements in Latin America, the Caribbean, Europe, Asia, North America and Africa that attended the event to give their support and solidarity to the people who suffer the consequences of the hegemonic policies imposed by the government of the United States.

This event was inaugurated by the ambassador of the Bolivarian Republic of Venezuela in the Republic of Cuba, Adam Chávez; the Vice-president of the United Socialist Party of Venezuela (Psuv), Diosdado Cabello; Roy Daza, member of the Psuv International Affairs Committee, who welcomed the delegates participating in the forum that will take place from July 25 to 28.

This edition, which is inscribed under the motto “For peace, sovereignty and prosperity of the peoples”, plans to hold debates and reflections on the advance of neoliberalism and imperialism in the world and its consequences, such as the increase of poverty, threats to democracy and peace, economic, political, social and even military interference in Latin America and the Caribbean, and how to counteract these policies.

In the next few days the delegates of political parties are planning to continue with the debate agenda, where the approaches to form a joint political action plan that will consolidate the strategies to face the imperial attacks against the peoples fighting the battle to preserve its sovereignty and self-determination will be discussed.

Since its inception, the Forum emerged from the Meeting of Left Parties and Political Organizations of the Latin American and Caribbean held in 1990, has been the scene for convergence, debate and joint action.