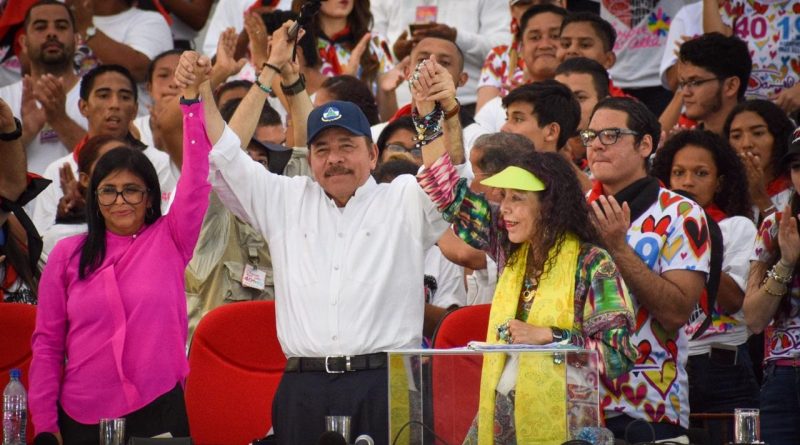 Executive Vice-president: Revolutions of Cuba, Nicaragua and Venezuela brought hope for the peoples

During the celebration of the 40th anniversary of the Sandinist Revolution in Nicaragua, the Executive Vice-president of the Republic, Delcy Rodríguez, emphasized that the revolutions of Cuba, Nicaragua and Venezuela brought hope for the peoples of the world.

He said that at present, they are threatened by the economic and criminal blockades of the government of the United States (US) and its president Donald Trump, which will not be able to strike the conscience of sovereign nations.

She also urged the US president to take his hands off these three States so they continue their paths of peace, alliance and development, away from war.

On the other hand, the Executive Vice-president stressed that before the geopolitical imperial rearticulation that is brewing, the peoples of the continent must ensure unity and not rest in the face of oppressive attacks.

In turn, she recalled that Russia and China are at the forefront of the paths of the new world based on respect, justice and international balance, for peaceful coexistence and respect for autonomy between countries.

“Remembering what Augusto Sandino said: sovereignty is not discussed, it is defended with arms in hand, and we say that sovereignty is not negotiated, it is not handed over, it is not given away, it is defended and we are defending it with our weapons which are peace, dialogue, coexistence and respect. But let there never be any doubt that we are willing to give our lives in defense of the dignity of our sovereignty and sacred independence. Not a step back!” Said Vice-president Rodríguez.