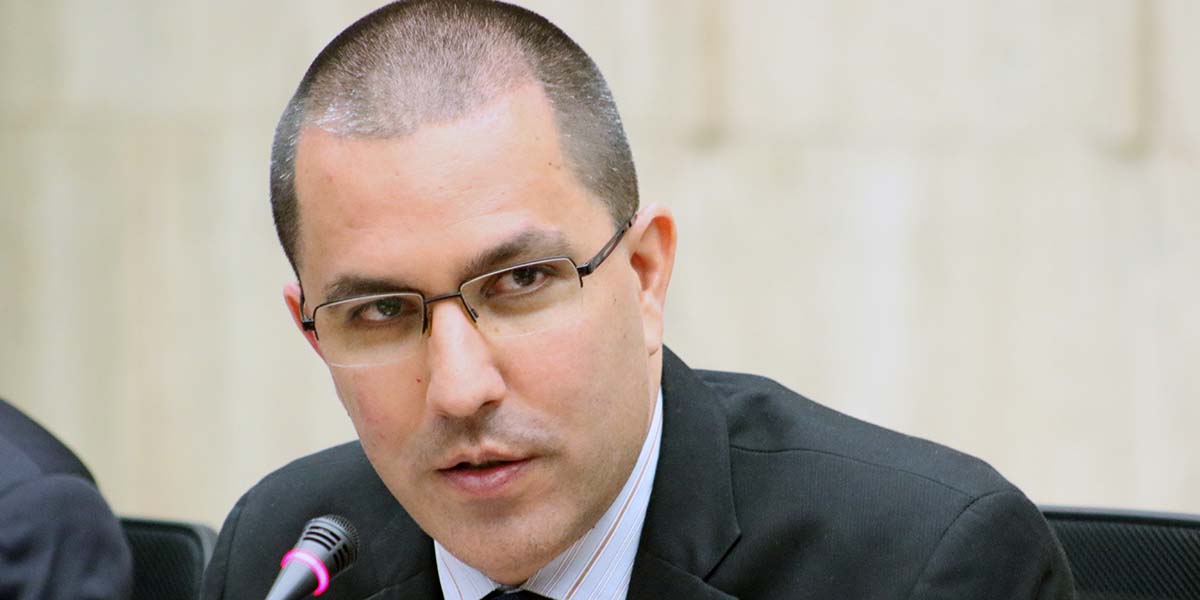 Through his Twitter account @jaarreaza, the People’s Power Minister for Foreign Relations, Jorge Arreaza, denounced on Thursday the intentions of the US Department of State to redirect funds for the development of the so-called Northern Triangle of Central America, consisting of Guatemala, Honduras and El Salvador, with the purpose of supporting the Venezuelan opposition in its plans to destabilize the country and impose a puppet government of the United States.

“In its obsessive and continued aggression, the US government redirects funds that were destined for social development projects in Central America to finance the coup d’état in Venezuela. Money that their coup friends will surely steal”, said Foreign Minister Arreaza.

These peace destabilizing actions in Venezuela aim to finance a new coup d’état against the South American nation and against the constitutional mandate of President Nicolás Maduro.

Likewise, the true supremacist intentions of the United States government were exposed, which, far from dealing with the crisis of migrants arriving at its borders, decided to withdraw its financial support estimated at almost 42 million dollars.

Washington also informed that the funds would go to Guaidó and his faction, to pay their “salaries”, leaving in evidence that the Venezuelan opposition subordinates itself to the orders of the White House.