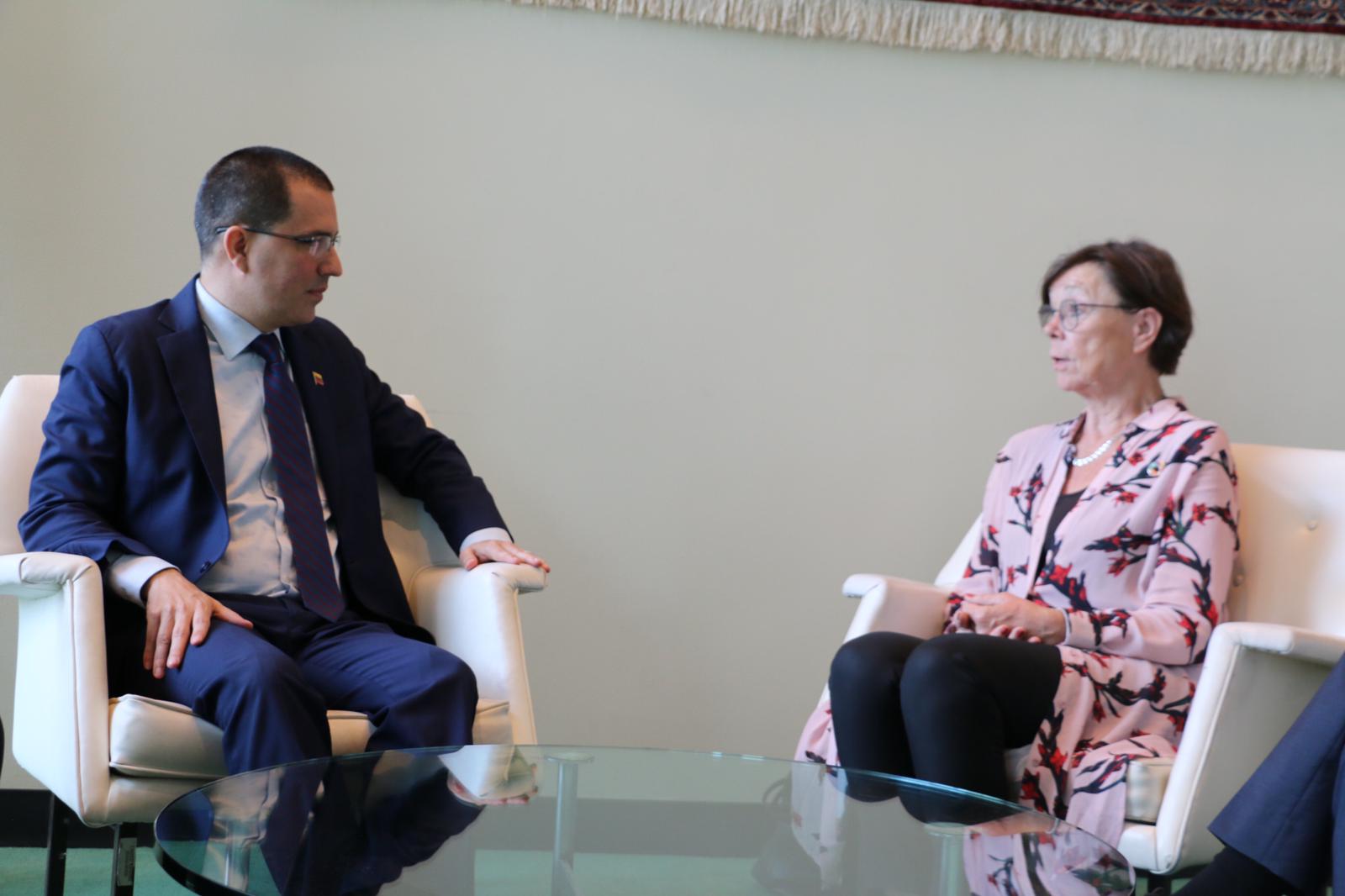 On an official visit to the United Nations (UN), the Foreign Minister of the Bolivarian Republic of Venezuela, Jorge Arreaza, held a meeting Wednesday with Annika Söder, Vice-minister of Foreign Affairs of the Kingdom of Sweden.

During the meeting, the parties discussed issues of the bilateral relationship and analyzed different matters of the international context.

During his visit to the UN, the Venezuelan diplomat also held talks with the Secretary General of the organization, António Guterres.