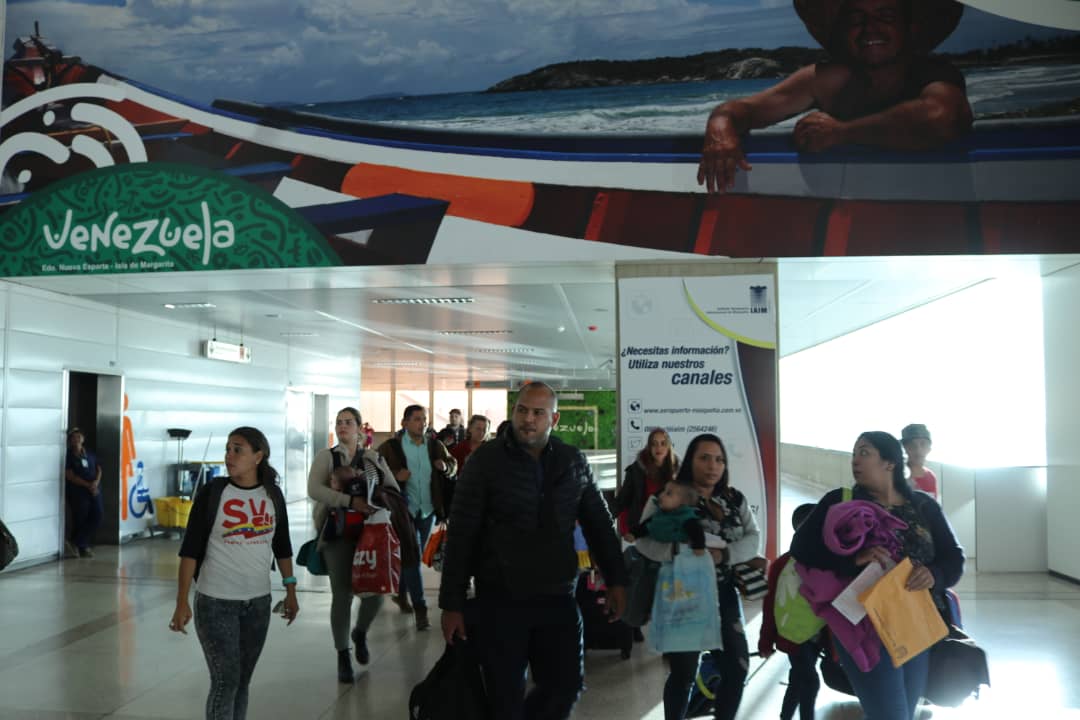 Why migrate? Reality and expectations of those who decided to leave Venezuela

Making the decision to migrate to another country seems easy when apparently there is a range of opportunities that induce the individual to change their territory under the justification of finding “a better quality of life” far from their country Venezuela, where circumstantially the socioeconomic situation is affected by the manipulation – without scruples – of external agents that impose an unjust economic blockade affecting Venezuelans.

Each day of the Plan Vuelta a la Patria describes a different story, from mistreatment due to the migrant status, labor exploitation, hatred and rejection against those who have shown their solidarity to everyone who arrives in Venezuela. But each one of those stories occupies only one question: Why migrate from Venezuela?

For this question there is no accurate answer. Although the majority of Venezuelans agree that their decision to set new routes away from the country that saw them born is a consequence of the economic and political situation that Venezuela is experiencing, but compared to what Venezuelan migrants have experienced in other countries in Latin America, ends up becoming a fortuitous stage that will be overcome with union, work and the integration of the people.

The Republic of Peru has become one of the places in Latin America chosen by Venezuelans to make life. It offers hundreds of expectations, but upon landing in Inca lands, reality shows its most cruel aspect: the degradation of the Venezuelan as an individual, mistreatment, xenophobia are some of the experiences that nationals go through when arriving in that country.

Victim of the violence – caused by some roommates of Peruvian nationality – Víctor Salcedo, 40 years old, suffered from human aggression due to his condition, being a Venezuelan migrant.

On January 17, 2019 at 4:30 in the morning, when he returned from his job in a factory in Peru, Salcedo communicated for the last time with his girlfriend who lives in Venezuela. Hours later he was found lying in a ravine where he was helped and taken to the emergency room of the María Auxiliadora Hospital.

The doctors of the hospital, against all odds and without any family member accompanying Salcedo, surgically intervened him to remove the bruises resulting from the cranioencephalic injury he received when he was hit in the head with a hammer.

His aunt left everything in Venezuela to go to Peru and take care of Victor who remained for several weeks in the Intensive Care Unit (ICU). She preferred to remain anonymous, but said that during the six months she was in that country, she could not find a job to support herself, since the age limit for choosing a decent job should not exceed 27 years.

“I still ask myself why so many young people, pregnant women with children, want to migrate. In Venezuela there are still possibilities to live decently despite the economic situation we are going through”, she said.

Luis Pérez, TSU in Industrial Production, commented on his arrival at the Simón Bolívar International Airport in Maiquetía that “there are not enough words to describe how it feels to be back in the homeland”. He says, his country comforts him because since anyone enter Venezuela there is a hand of solidarity, a gesture of gratitude that calls for keep fighting for this country.

Stories like these will continue to be part of the Plan Vuelta a la Patria, which to date has repatriated 14,881 Venezuelans who returned to start building the country that we all need, regardless of the vicissitudes Venezuela has proven to be a land of opportunities.