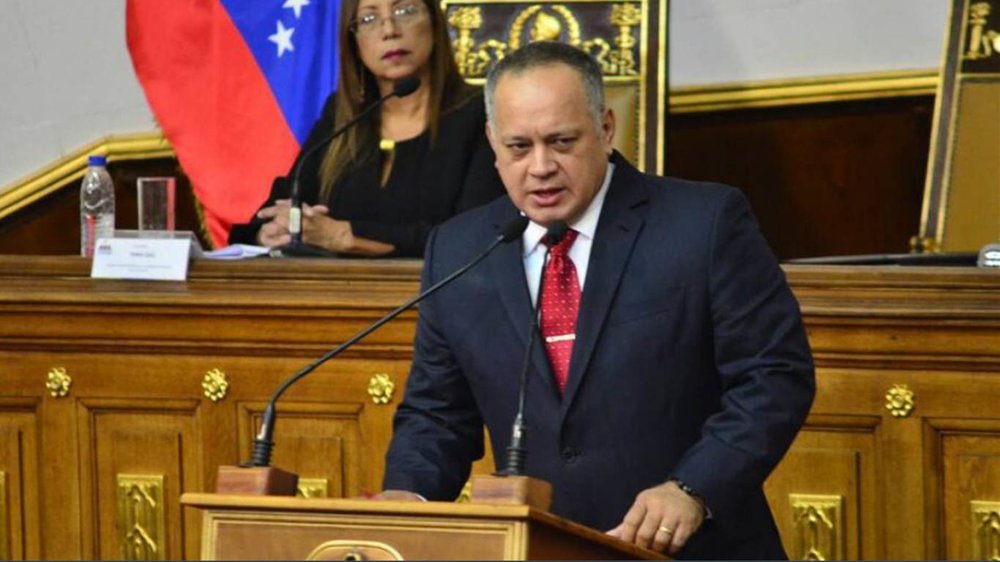 On Friday morning, the National Constituent Assembly (ANC), during a special session, approved a decree to mark the 208th anniversary of the Independence Day of Venezuela and the day of the Bolivarian National Armed Forces (FANB).

From the Federal Legislative Palace, the president of the plenipotentiary organ, Diosdado Cabello, read the document that, among its lines, exhorts to continue, in civic-military union, the libertarian path of the Father of the Homeland, Simón Bolívar.

Then the full document:

Bolivarian Republic of Venezuela, National Constituent Assembly, constituent agreement in commemoration of the 208th anniversary of the declaration of Venezuela’s independence and day of our glorious Bolivarian National Armed Forces.

The National Constituent Assembly, in exercise of its original power, emanating from the mandate conferred by the people of Venezuela on July 30, 2017 in democratic, free, universal, direct and secret elections in accordance with the provisions of articles 347, 348 and 349 of the Constitution of the Bolivarian Republic of Venezuela and the norms to guarantee the full institutional functioning of the National Constituent Assembly, in harmony with the constituted public powers, dictated by this sovereign organ and published in the Official Gazette of the Bolivarian Republic of Venezuela number 6,323 extraordinary.

Considering that the Bolivarian Republic of Venezuela is a nation that bases its moral patrimony and its values ​​faithful to the sacred principles of freedom, participatory and protagonist democracy, equality, common good, international peace and anti-imperialism, as well as the creative powers of the Venezuelan people, following the unfading example of Father Liberator Simón Bolívar, along with those forgers and forerunners of a free and sovereign Homeland.

Considering that on July 5, 2019 our nation celebrates with enthusiasm and joy the 200 years of Venezuela’s declaration of independence, a day in which we remember the formal genesis of our Republic as well as the subsequent epic struggle of the libertarian Venezuelan people, who irreducibly gave continuity to the sparkling quest that effectively materialized the absolute independence and the definitive expulsion of Spanish imperialism from the American continent.

Considering that this National Constituent Assembly honors the historic legacy of the nation’s heroes who, with the patriot army forger of liberties and the undying guidance of Simón Bolívar’s ingenuity and sword, broke the oppressive chains of colonialism until effectively consolidating national independence, declared on July 5, 18111.

Considering that with the arrival of the Bolivarian Revolution, under the leadership and worthy example of Commander Hugo Chávez, our nation consolidated an irrevocably free and independent Republic, based on Bolivarian principles and values ​​for the construction of a democratic and social State of law and justice that advocates in its legal system and in its political exercise; life, liberty, justice, equality, solidarity, democracy, social responsibility and generally, the pre-eminence of human rights, ethics and political pluralism.

Considering that this original constituent power, on the occasion of this commotion, ratifies its peaceful, democratic and libertarian disposition to keep contributing along with our people, public authorities and the Bolivarian National Armed Force in the consolidation of a sovereign and independent nation where the national interest of Venezuelans prevail over bastard neocolonial interests, for the construction of a prosperous model of political stability, social security and provider of the greatest amount of happiness possible for all.

Considering that the commemoration of the 208th anniversary of Venezuela’s declaration of independence gives us an example and is a source of inspiration enough to continue flying the peaceful, free and democratic banners of the Venezuelan people, who will continue in their iron-clad civic-military union, ready to fight and defeat any imperial aggression, in the different scenarios of the struggle that may arise, assuming a patriotic attitude, with integrity, unwavering loyalty and Bolivarian will, alongside the constitutional government; of the President of the Republic, defender and guarantor of national peace, Nicolás Maduro Moros.

Agreed. First: Celebrate the 208th anniversary of the declaration of independence of the Bolivarian Republic of Venezuela and the day of the Bolivarian National Armed Forces, where Venezuelans ratify our loyal and unwavering commitment to defend homeland sovereignty in a civic-military union to consolidate the peace and stability, for the benefit of the sacred interests of our people.

Second: Honor the heroes of national independence who, following the guidance of the sword wit of the Father of South American freedom, Simón Bolívar, built our nation, whose battle continues to inspire us to uphold the banner of freedom, participatory, protagonist and equality democracy established and practiced as supreme values ​​of the Bolivarian Republic of Venezuela.

Third: Congratulate our glorious Bolivarian National Armed Forces for being a worthy heir to the patriotic, Bolivarian, Chavist and anti-imperialist glories that define us as a free, peaceful and democratic nation, in the supreme goal of defending national integrity, peace and justice stability for Venezuelans.

Fourth: The present constituent agreement is published in the Official Gazette of the Bolivarian Republic of Venezuela, given, signed at the National Constituent Assembly, in Caracas, on the fifth day of the month of July 2019.